The first week of June, was celebrated in Vitoria the III Napoleonic Week. Within the programmed acts, the Association organize a small Napoleonic camp in Armentia. The camp would be occupied mainly by French troops and would serve as training camp for the different groups, which fifteen days later would go to Waterloo and would fight grouped within the same peloton. 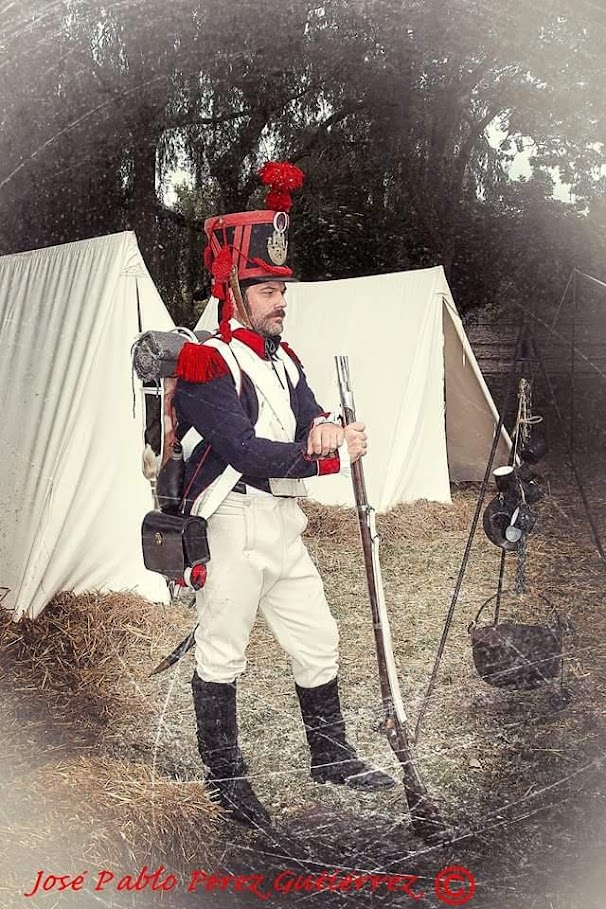 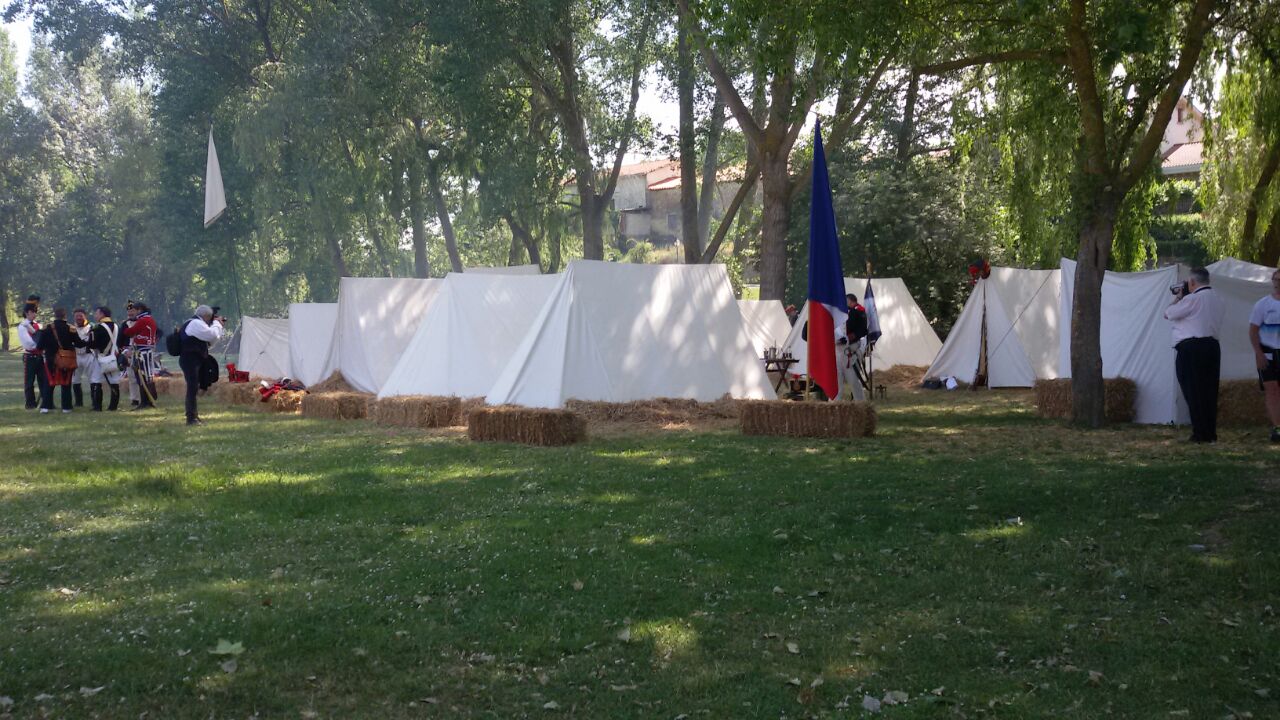 They participated in this camp:

In Saturday we had the luck to count on the presence of Raquel and Pablo, of Alma & You Photography. As I could not put all the pictures of Pablo, I have had serious difficulties to choose a few ones, to share them with you, for that reason you must to click in anyone of his pictures, that took to you directly to their gallery, where you will be able to enjoy some many superb photographies. 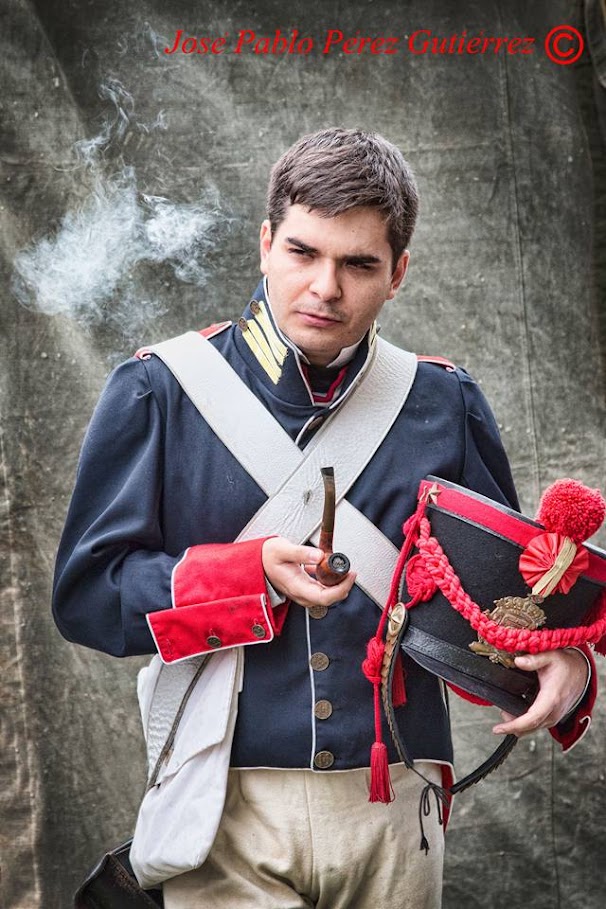 Friday to afternoon we began to mount the camping.

Saturday in the morning, honor salvoes were realized and the flag was raised in the camp. With the arrival of the rest of reenactors, was ended the mount of the stores that lacked. We prepare the equipment and we dedicated the rest the morning to make instruction. 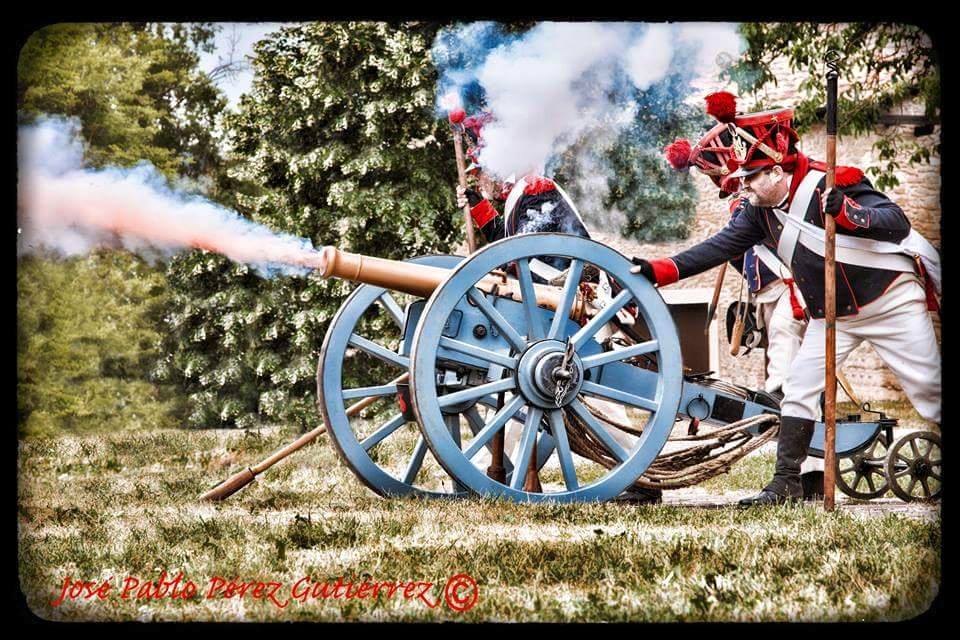 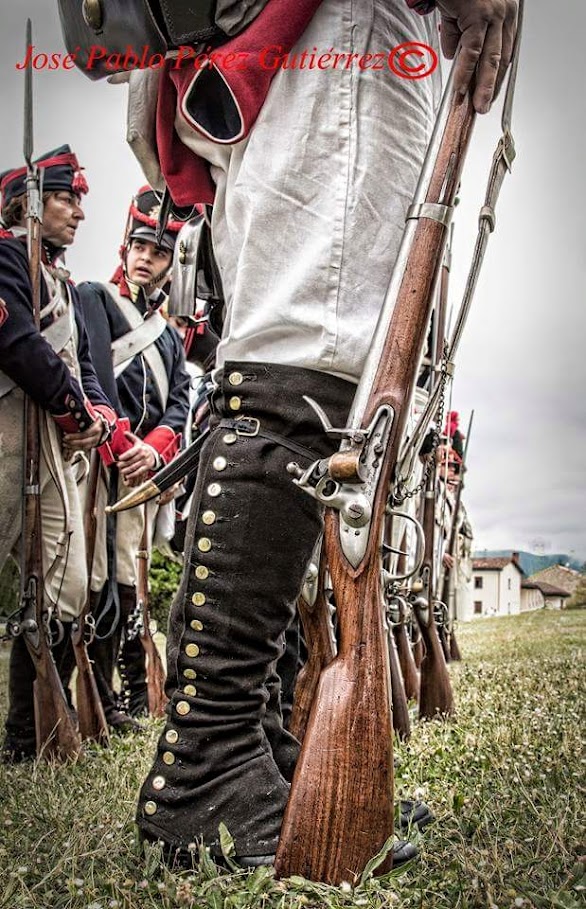 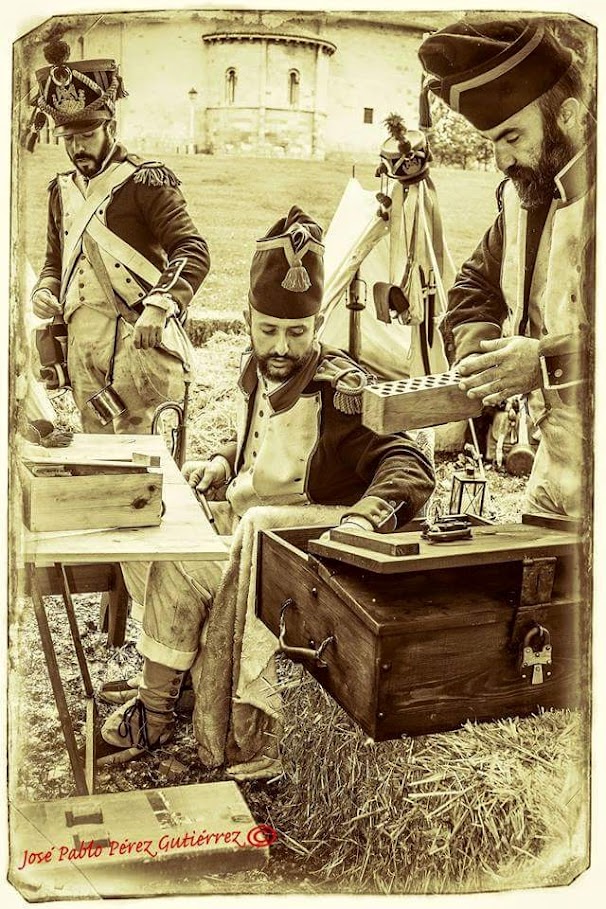 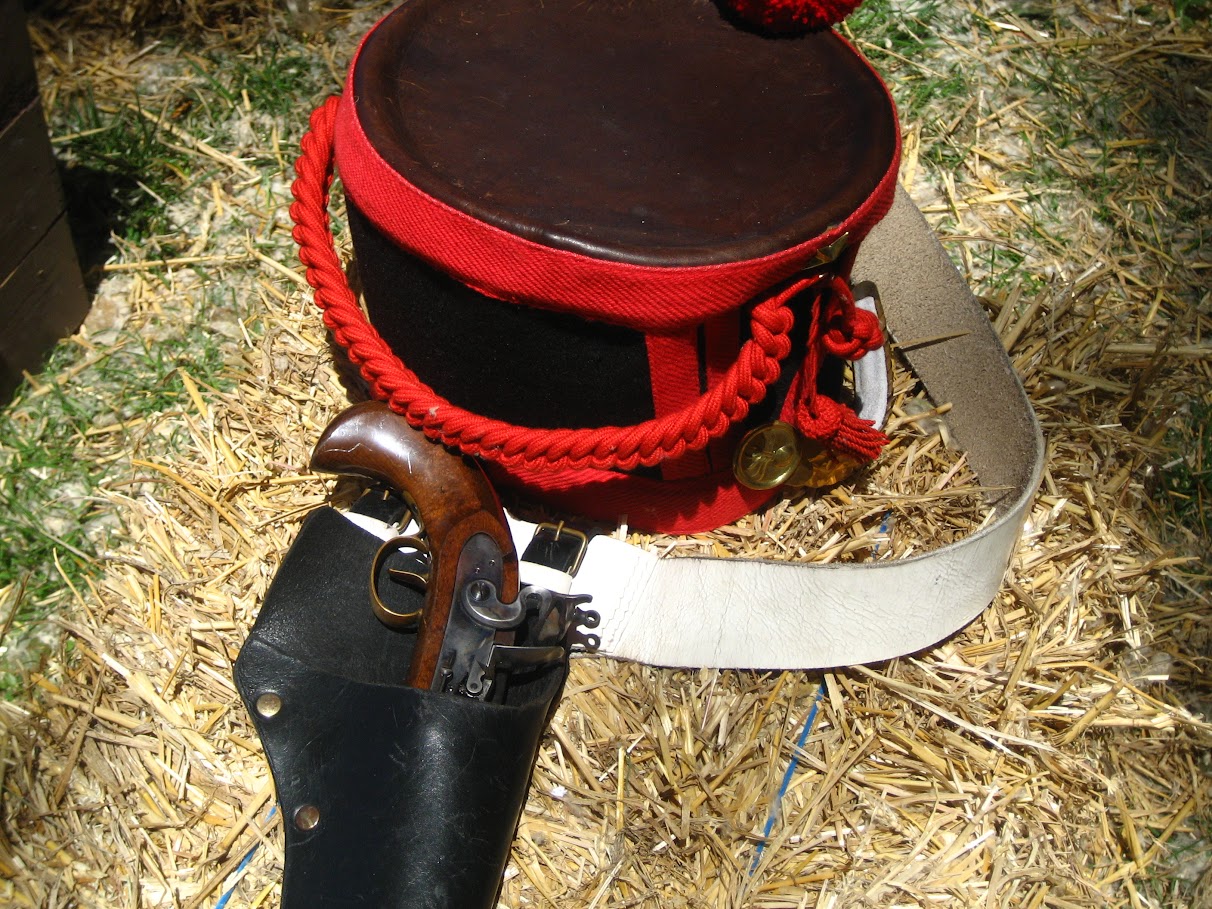 The objective of the instruction was to be allow to us moving in a great block in three rows, as we would do in Waterloo, as well as learn the maneuvers of the “Ecole du peloton”.   Vicente and Carlos taught the most complex maneuvers to us, than we did not use habitually, like breaking the squad, forming in battle, to form the square by sections…

After eating and resting a little, we moved in bus until Etzezarra, the house where Napoleón slept in its stay in Vitoria in November of 1808.  Thence we marched through the center of the city until the place of the White Virgin, where a tribute to the fallen ones in the battle was realized in the monument to the battle, the last stop was in the “Diputación” to make a tribute to General Alava. 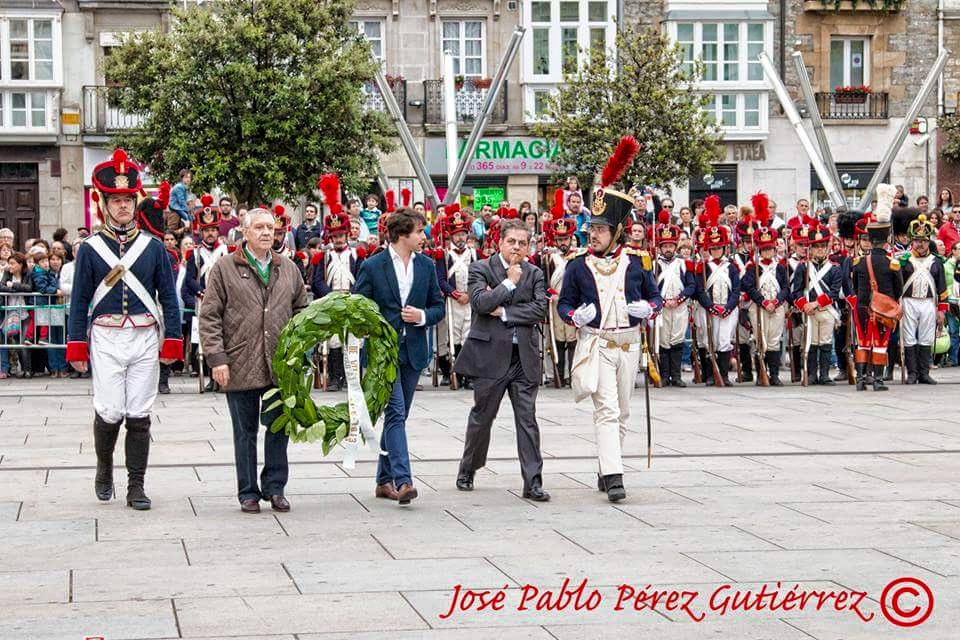 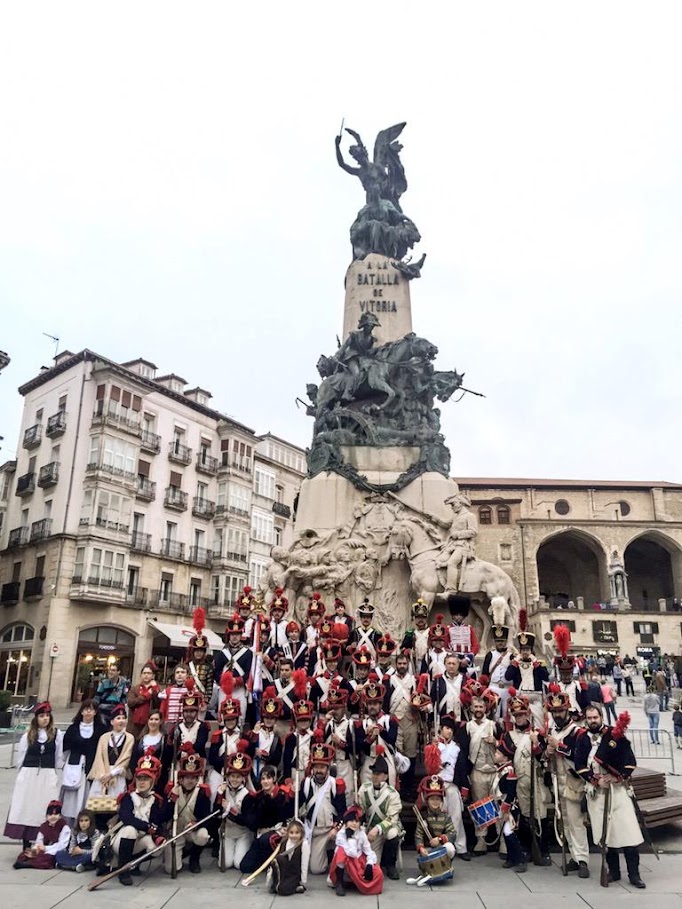 After a small rest in center of Vitoria, we returned to the camping to have dinner and to enjoy an evening of camaraderie.

Sunday in the morning we returned to have a session of the “Ecole du Squad”, to finish to with a small skirmish. The infantry would assault to the two pieces of artillery located next to the Hermitage. (Santi, thanks for the photos). 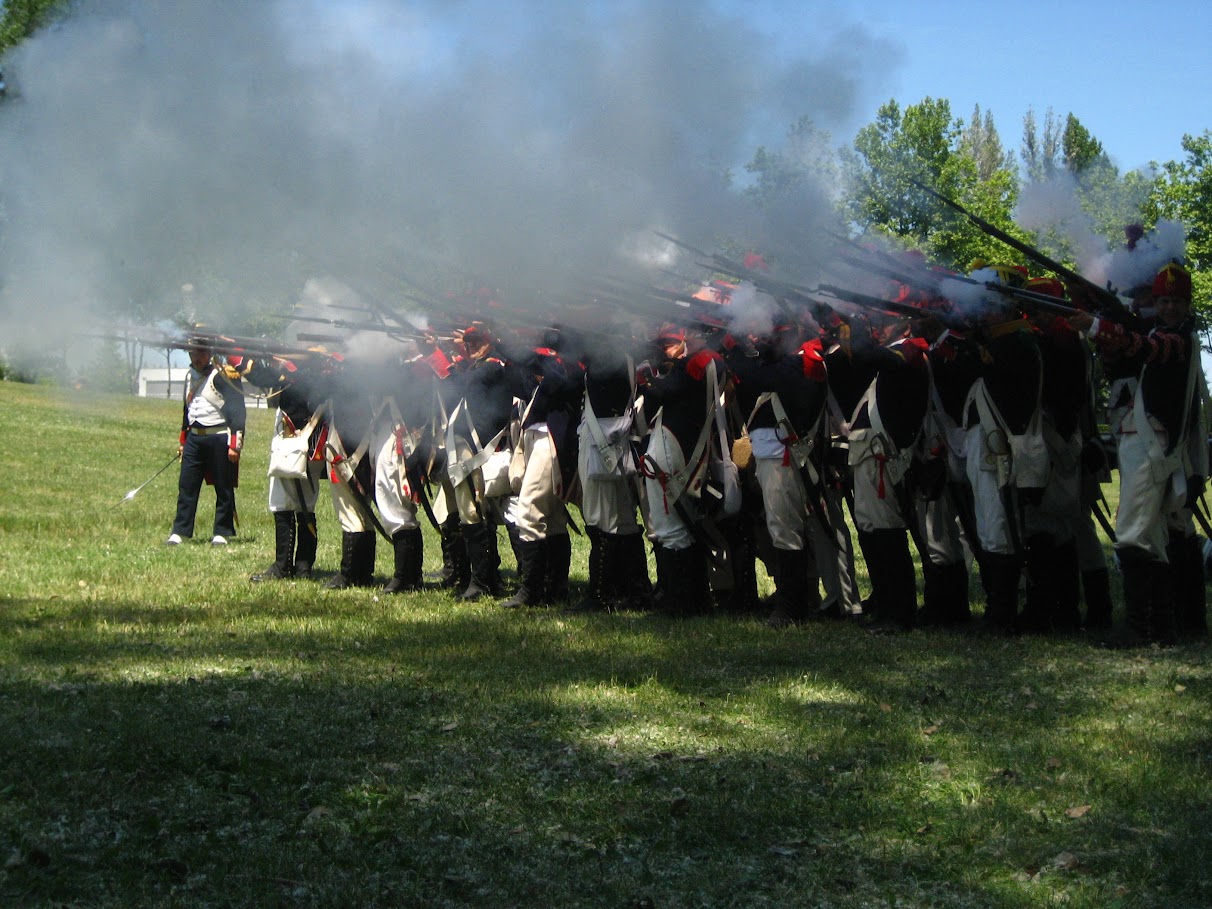 After eating, we disassembled the camp and we say goodbye to the comrades, in this case the majority we would see fifteen days later in Waterloo.
In the end, the time gave us a truce and we spent a wonderful weekend, to give thanks to all to participate, mainly to the groups of comrades of Granada and Valencia who made a pile of kilometers to be with us. Also to give thanks to the instructors, Carlos and Vicente who armed themselves of patience and they taught a pile of things to us.