The 29/30/31 June was held, the reenactment of the first attack of Merino Cura Lerma.

In this reenactment they participated:

They were also with us Valishcka (Pinchad to go to his album) and Jordi Brum, as always left us great photos.

Here you have a small account of what happened.

On Friday afternoon a French column reached the town of Lerma, addressed to the Ducal Palace, where the headquarters and officers of the unit was installed. The troops camped in the square next to the palace.

From the beginning the hostility of the civilian population was noted, there was even some fighting, so the colonel decree the martial law and one comand was nailed in the doors of the village by which all civilian who was found carrying weapons would be considered an insurgent and shot in act .

In the morning after making a little instruction in the square and the refusal of the population to contribute food and money to the maintenance of the troops. We have to scour the houses of the village to obtain the necessary supplies (the childrens enjoyed especially of this activity to “plunder” sweets, balloons, toys …).

Of the riots in the last night, also we had to settle a dispute between two gentlemen. Compliance with the protocol, the accused could choose the weapon, pistol was chosen . Although the dispute was apparently settled, it did not take long to surface again as we saw in Vitoria a week later.

After dinner, we enjoyed a little moment of rest before getting ready for battle. 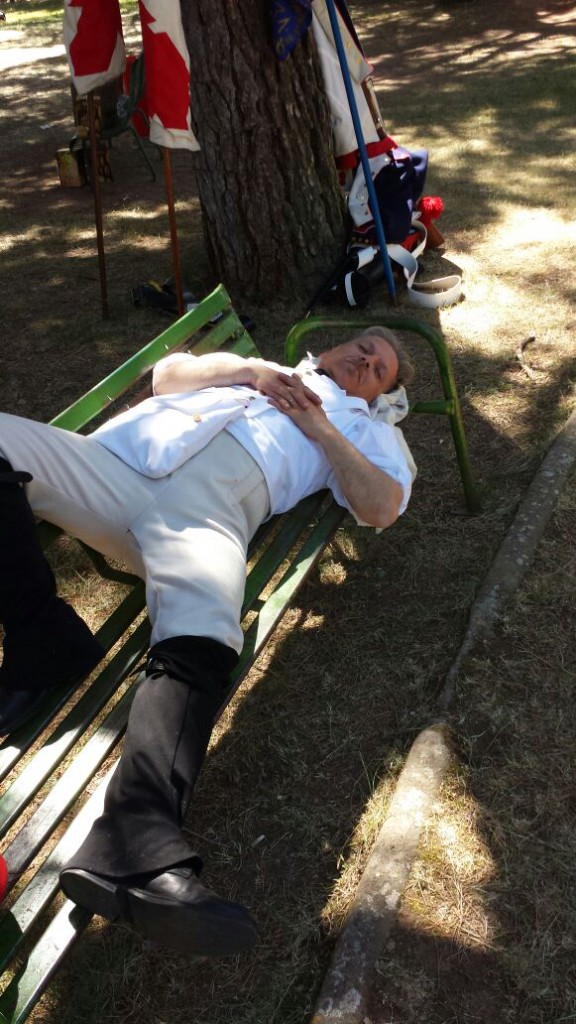 By midafternoon the arrival of a relief column, coming from Burgos expected, but the Merino Cura was informed and decided to rob this column before it would join the garrison in Lerma.

Just as the relief column had in view the town, began the “CUra Merino” attack . The line put up by retreating slowly, it seemed we could reach the safety of Lerma, when a crowd of ciliians attacked us from behind. Caught between two fronts, we withdraw as we could, losing the canyon and many brave comrades. The fighting was so hard that our sergeant lost half a tooth.

Merino Cura men dedicated themselves to collect ammunition, weapons and anything that might serve, giving time to the few survivors grouped and headed to Lerma, to join the garrison.

Right at the entrance of the village, our Commander saw two civilians suspected of being “guerrilleros” and proceeded to his arrest. Indeed paths both carried pistols and knives, the trial was clear and the sentence was executed.

Our pickets tried to delay the advance of the Spaniards, allowing time to build a parapet at the entrance to the village. Despite doing a fire rotation in the door, the enemy managed to break through and we had to make a retreat fighting street by street to the square of the Ducal Palace.

There, we regrouped the remains of the garrison, short of ammunition, thirsty and desperate for an uncertain future. The resistance was fierce, we fought with courage, but our fate was sealed. A late charge of Cura Merino troops broke resistance capturing the few men who still resisted.

Once the battle finished, we could enjoy a barbecue made in the same place, anyone who wanted to could join the party, tasting the typical products of the area.