This time we’ll make a tutorial to make pompoms for French shakos.

The main function of the pompoms is to differentiate the different companies within the same battalion. So a quick look soldiers and officers can locate their companies. The French battalions consisted of a company of grenadiers, one of Voltiguers (from 1800) and between 4 and 7 fusilier companies according to different regulations used. Each with a different color for the pompom.

Make a pompom is quite easy, Internet is full of tutorials on how to do it, here are a couple of videos with the most common methods.

With a cardboard base

With a machine to make pompoms, I found some in a shop, came four sizes for 5 euros.

You can also make pompoms two colors, in this case I’ll make one for Voltiguers, half yellow and half green. Use the same method as in the video, but when you roll up the pompom on the top half green wool and the lower half yellow wool.

If the pompon is a little big, as in this case, we will cut with scissors until it is the desired size.

Another variant used mainly elite companies (grenadiers and Voltiguers), was the pompom with a tassel on top. It is not as high as the plume but makes them stand out from the other companies in the battalion.

For the Pompom we will just make as in the two previous cases and to make tassel I leave the video below, although we will use the same wool as for the pompom and for much bigger size.

Once we have the pompon and tassel, we begin assembly:

For this type and pompom, you might as well quit, with tassel fringe falling freely or diluted white glue applied to lodge the fringes that are straight up. If we choose the latter option, we will need a container to put the tassel fringes. In this container (in my case a jar of jam), make a mixture of water and white-tailed 50%, we introduce the fringe tassel to the height of the circumferential ring and let it soak well. Retired white tail, we drain them and let dry with tassel fringe down, remember to put some papers of newspaper underneath, because drip a little.

The end, the result is quite acceptable, taking into count that the cost is minimal. For this test I used a very fine (and cheap) wool, I can only try a slightly thick wool and compare the results and adjust some measures. 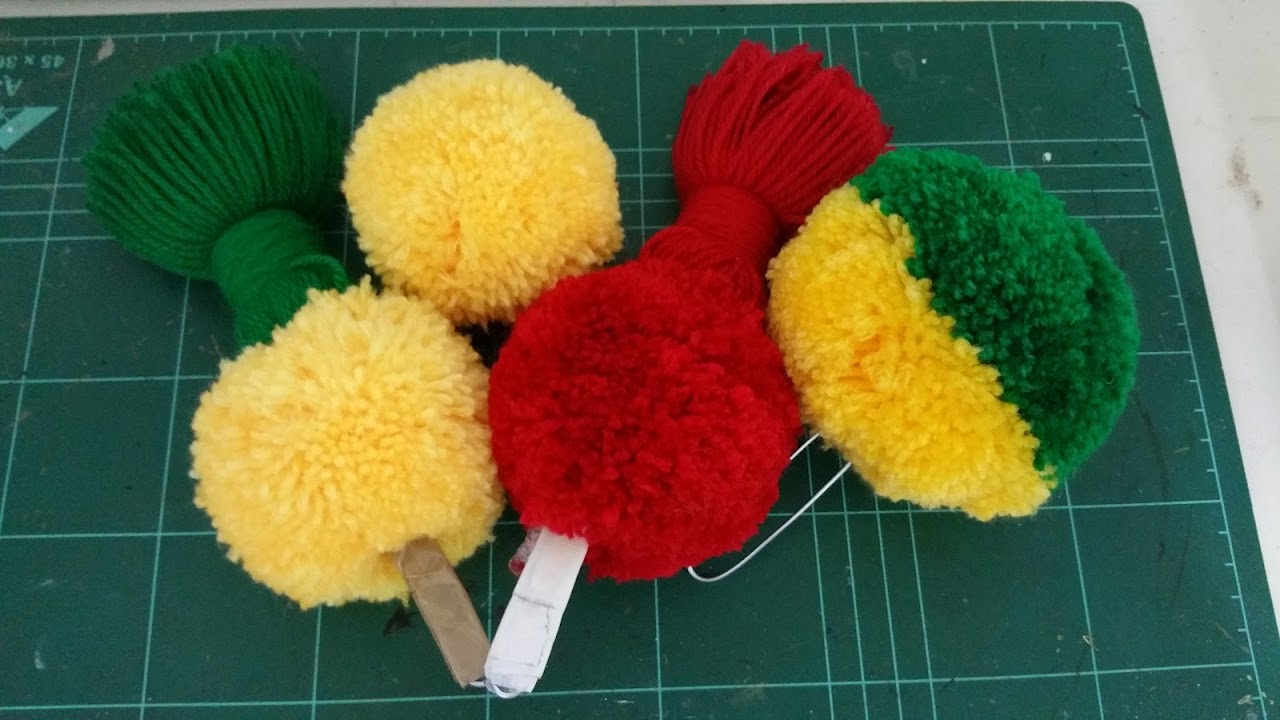 1 thought on “HOW TO MAKE POMPONS FOR FRENCH SHAKO’S”