On Saturday 6 members of the association participated in the IV Recreation of the Battle of Cacabelos. In the morning we made a parade through the streets of the city and a tribute to the fallen in the battle.

Note: at the end of the post you will find the links to the pages where you can find these and other great pictures and a video.

After a great meal, we the prepared cartridges and we the equip for the combat. General Colbert orders were clear and simple.

“Cross the village and take the bridge over the river.”

To do this he has:

The allies not going to get easier, and they defend the bridge whit: 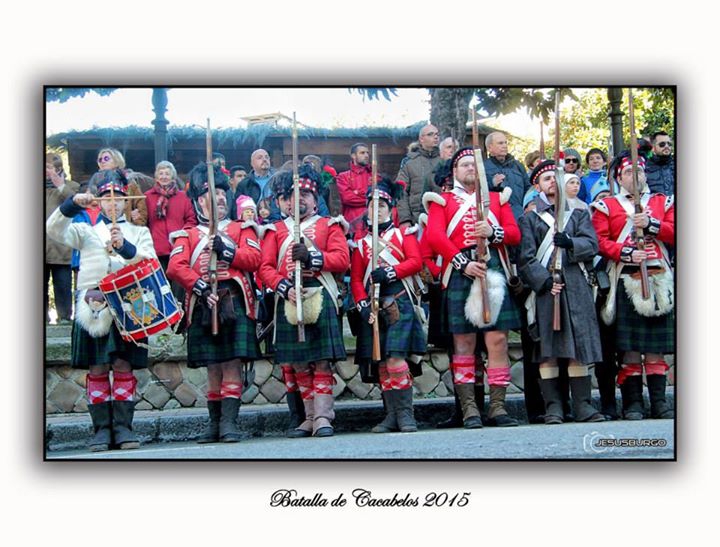 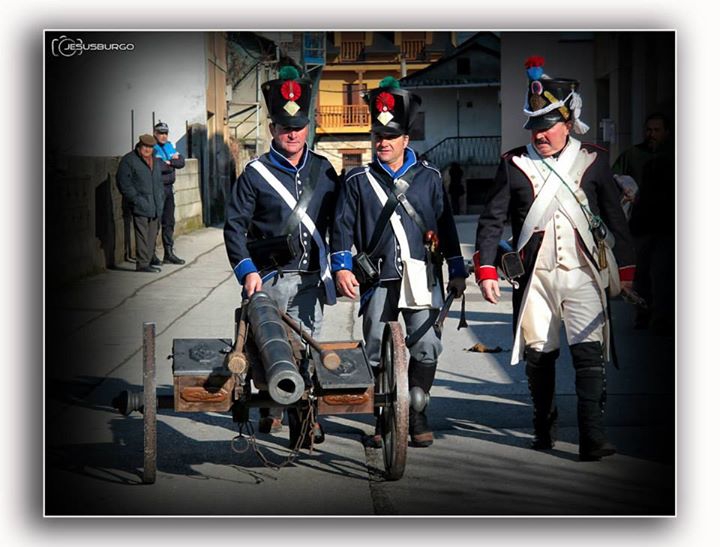 The battle started well for the Imperial troops street was wide and we deploy all our firepower. Allied troops retreated in good order to the chapel, where a charge of the Highlanders was about to capture the Imperial canon, but a counter charge of the Hussars forced them to retreat. 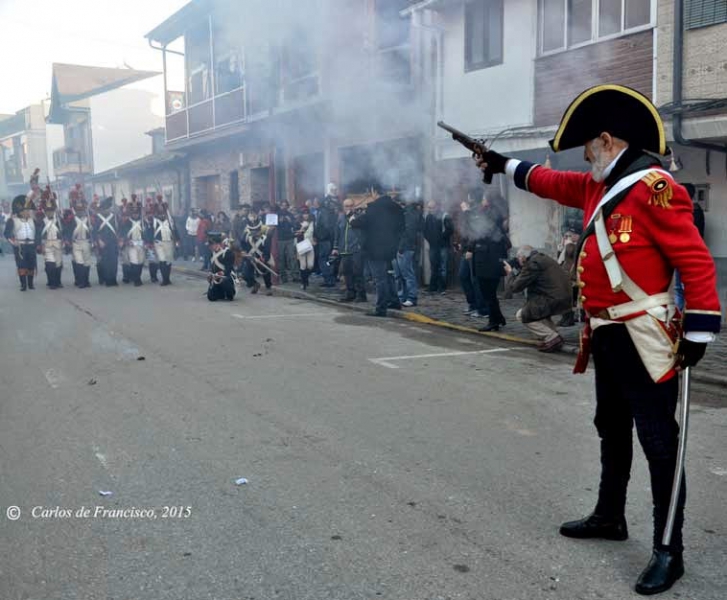 Here the road is much narrowed, making easier the defense, but the rotation of the Imperial troops in the front kept up the pressure and the Allies withdrew to the church. The Imperial cannon fire forced them to retreat to the town hall square, where a new defensive line was organized.

In the squre the Imperial could deploy all their troops, after an exchange of fire, they cherged and took several prisoners, who were shoted. 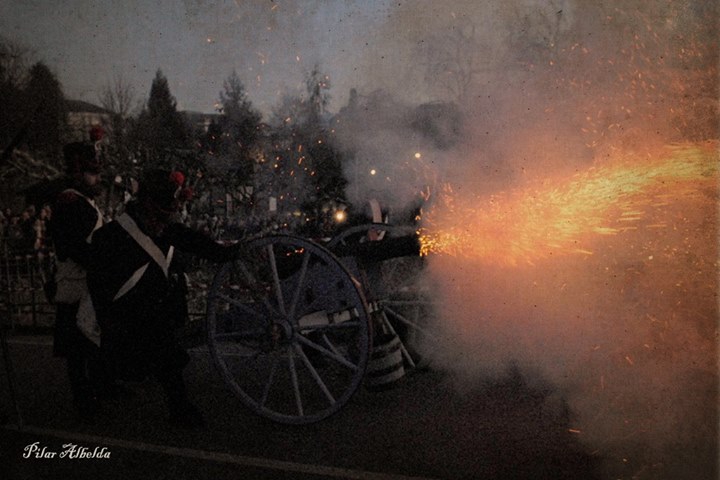 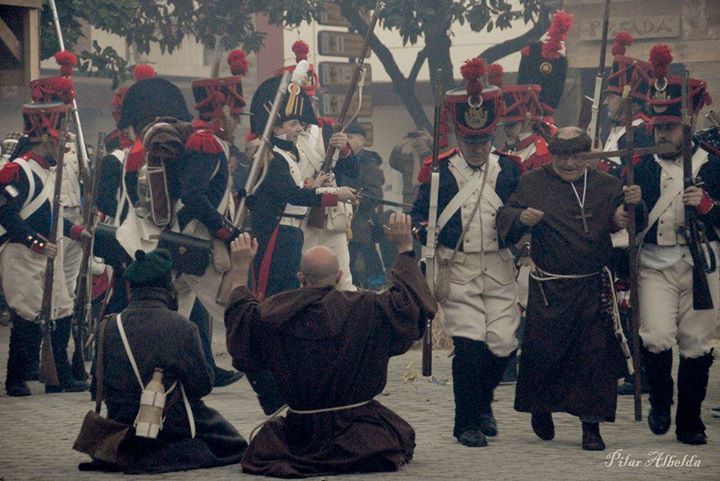 The rest of the Allied troops retreated to the bridge and deploy their last line of defense. The Imperial seeing his objetive, rushed to the assault, but the Allies fought stubbornly and rejected two charges of the  34th grenadiers. 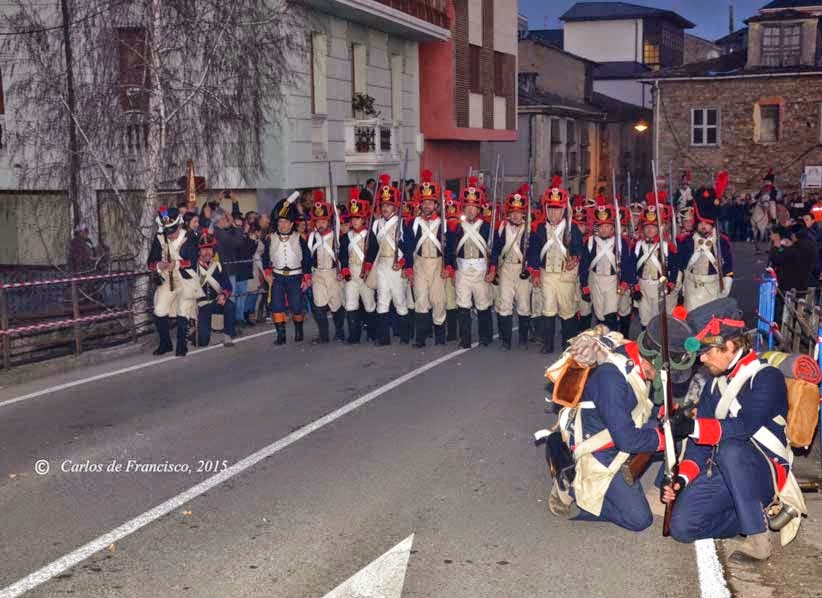 The General Colbert ordered a final assault and stood ahead of his troops, being mortaly wounded, with his last breath could see the grenadiers taking the bridge and then died. 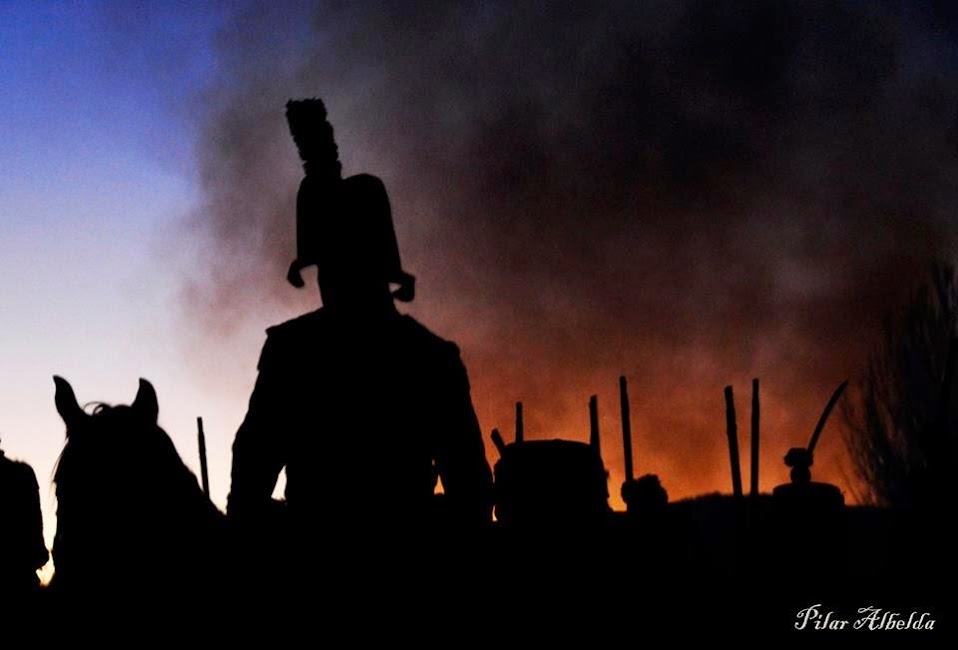 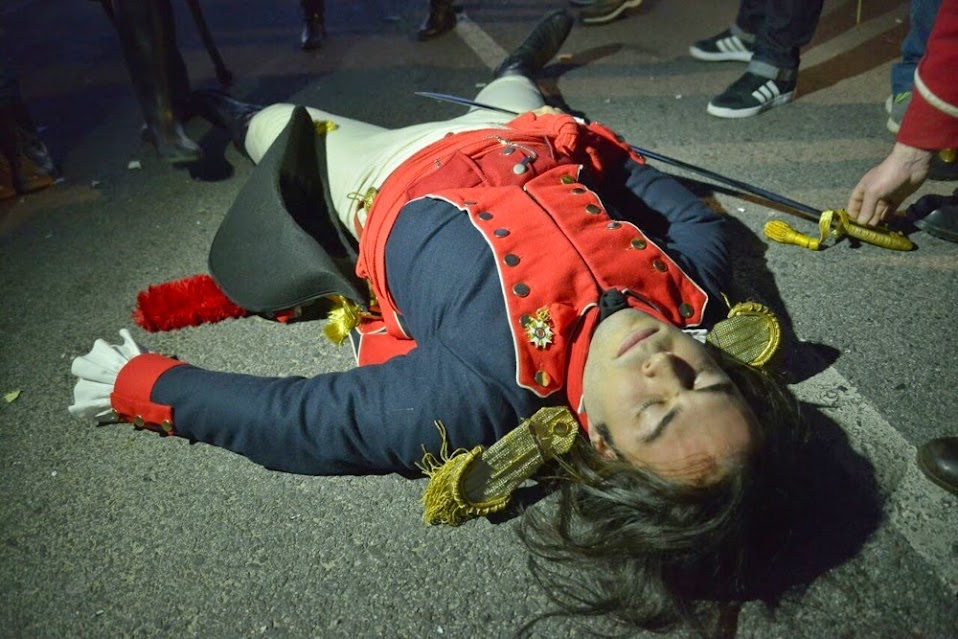 After the battle, we enjoy a rest and retored forces, tasting the traditional food of the region.

For my part, I can only thank my colleagues for their support and understanding to this green grenadier in its baptism of fire as well to the organization and to the people of Cacabelos for their warm welcome.