In 1807 Napoleon had defeated all enemies of the continent and had decreed the continental blockade to British commerce. Only Portugal refused to cooperate with the blockade. Napoleon and Godoy signed in October 1807 Treaty of Fontainebleau, by which Spain allow the passage of French troops in order to invade Portugal, Spain collaborate in the invasion in exchange for territorial concessions. Over 100,000 French soldiers crossed the spanish border road to Portugal, leaving strong garrisons at strategic points along the route. 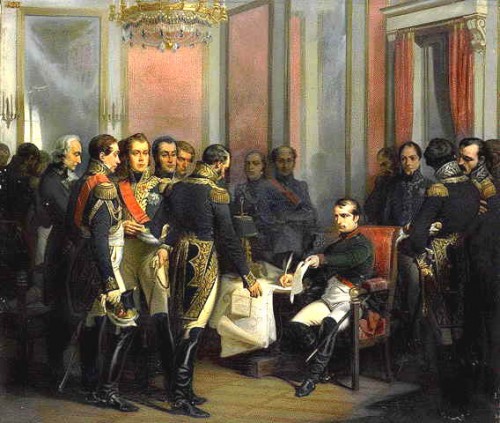 With his troops well established in the Spanish geography, Napoleon took the next step, He recall the King Carlos IV and his son Ferdinand VII to Bayonne to mediate their dispute for the throne. Both fell into his trap and were forced to abdicate, and Napoleon puts the throne of Spain at the hands of his brother, Joseph Bonaparte. But Napoleon had not counted on the character of the Spanish people and the uprising spread rapidly. 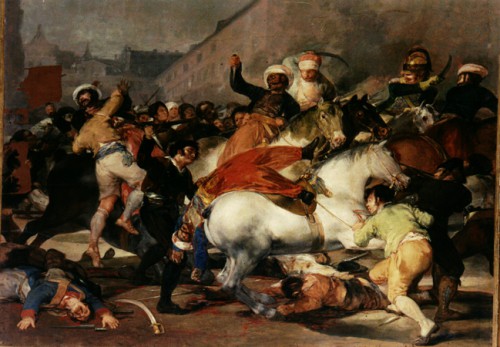 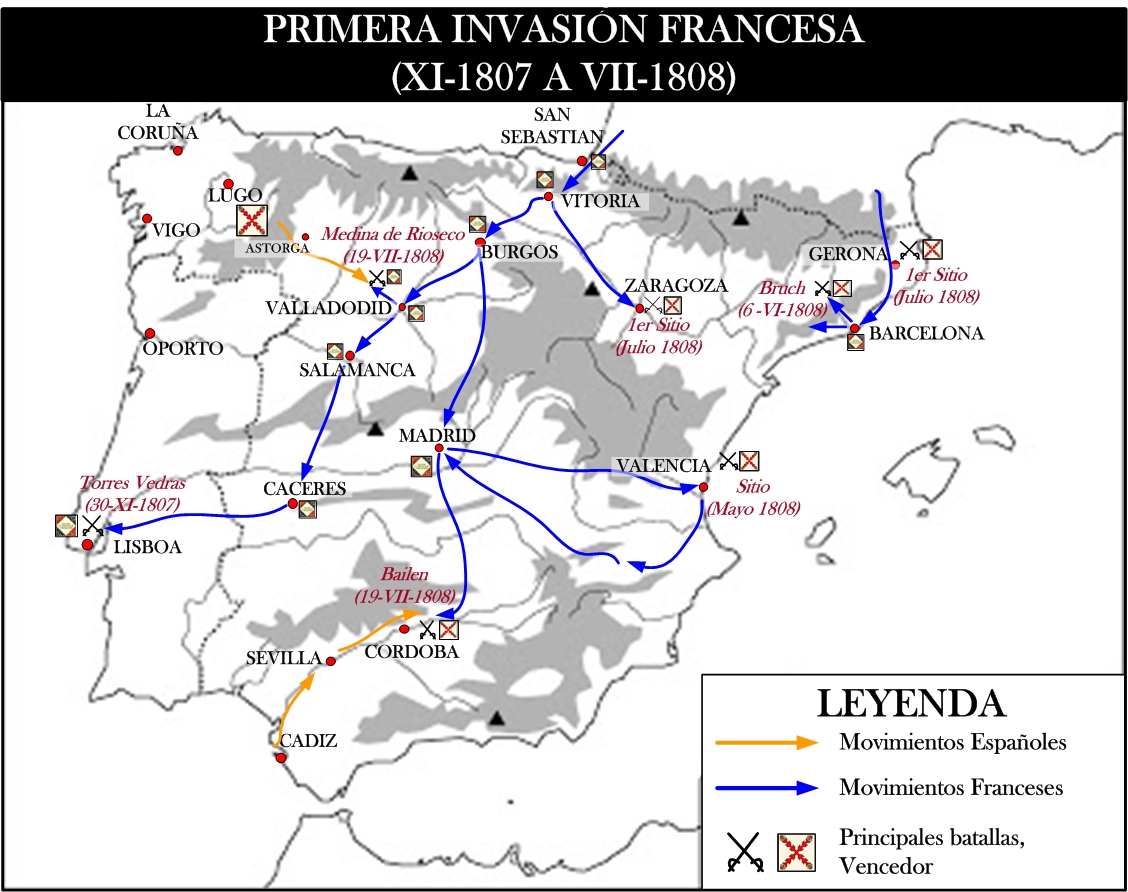 In August 1808, the British see the opportunity and sent an expeditionary force under Sir Arthur Wellesley, he defeated a Delaborde in Roliça (17/8/1808) and a Junot in Vimiero (21/08/1808), who had to surrender. The conditions for surrender were magnanimous and this caused a discomfort in London. Wellesley and several senior officers were recalled to London to appear in a committee of investigation. Sir John Moore was chosen to command the 30,000 men of the expeditionary force.

The Spanish victory at Bailen in July 1808, forced the French to retreat to the line of the river Ebro. The gravity of the situation, force to Napoleon himself to take the command os an army of 200,000 men to restore the situation. After defeating all the Spanish armies that met him, in early December he entered Madrid.

Moore advanced from Salamanca to Burgos with the intention of threatening the supply line of the Emperor, but Napoleon move faster and Moore began an epic retreat, ending in La Coruña with the death of Moore. In this withdrawal Moore blew all the bridges they left behind, to slow the French advance.

On January 3, 1809 the French vanguard reached the British in Cacabelos and with the bridge over the river Cua intact. This bridge was of vital importance to both sides, for the French, it  would allow them to quickly cross the river and for the English, had to defend it as long as possible to allow retreat to the main corps of the army.

At three in the afternoon, with the arrival of the first units of the French cavalry, the English army, crosses Cacabelos, the bridge and deployed the troops on the other side of the river, leaving a company to defend the village. 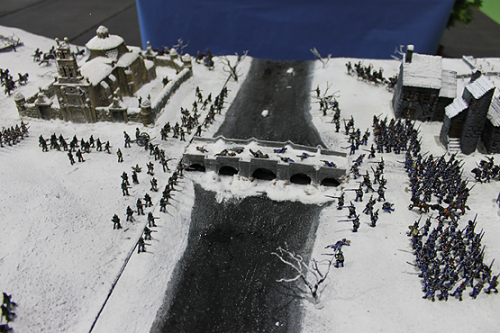 The French cavalry finished of the English stragglers, many of them drunk, fleeing in disarray. The French achieved cuts off the road to the bridge, the last British troops crossing the bridge, some cross the river to swim, the rest are taken prisoner.

The British troops resist, General Colbert gathers his troops and prepared for a new cherge on the bridge. The French manage to take the bridge but the intensity of English fire (the general Colbert died while leading the charge), forced the French to retreat to regroup and launch another charge. At five in the afternoon and French troops begin to wade the river Cua, the British retreat to the French pressure. A new assault the bridge adds more pressure on the British position, but the British artillery located in the Castro Ventosa, punishes the French columns that were dispersed, the French troops who had crossed the river also retreat.

At night the British, light campfires, but start on a silent retreat. There was no clear winner, both sides suffered the same casualties, about two hundred. The British managed to hold one day, the French army , but the French managed to take the bridge intact. 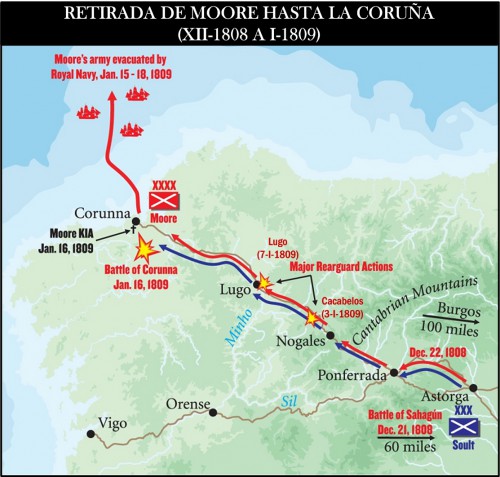 The delay in taking the bridge, allowed the English to evacuate the supplie depot at  Villafranca, but the persecution continue, at Lugo again another skirmish took place. The British continued to retreat and  after hold the French at the Battle of Corunnna, the English army could sail for home.