Like any group of new recruits in the Napoleonic army, we need to make a period of instruction in our particular “Camp de Boulogne”. To do this ,every third Saturday of the month from 11:00 to 13:00 we will have a training session led by our Sergeant Instructor.

To do this we will use the following reglament:

Despite being a manual of monarchical epoque, It was used with some modifications during the Revolution and the First Empire. 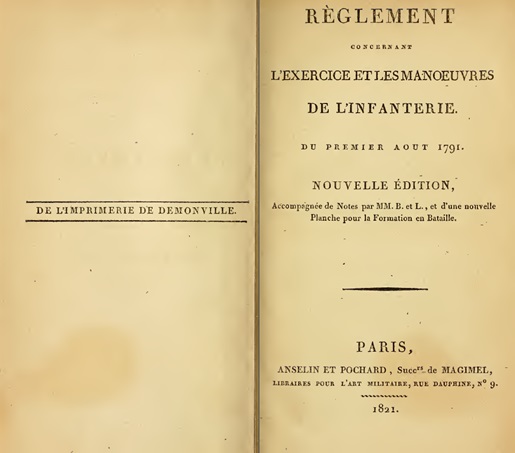 These changes primarily affected the number of companies, numbers of mens in each company, some orders were shortened, the figure of voltiguer was included … but the basis of the instruction of  the soldiers remained almost unchanged.

We will go through the same process as a recruit of the Napoleon’s army. First we will make the instruction in the “Ecole du soldat”, in which each soldier will learn the basic movements and orders, first without weapons and once dominated, with them. 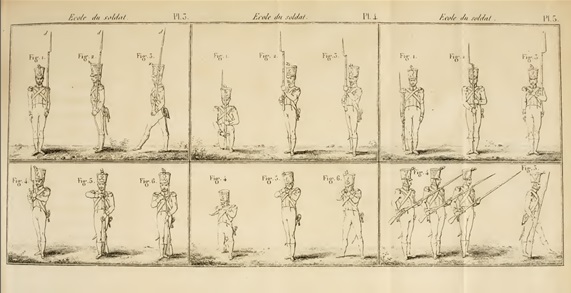 Once all the soldiers individually mastered the lessons of the “Ecole du Soldat”,  we star the “Ecole du peloton” where we will learn to maneuver all together as a single unit. 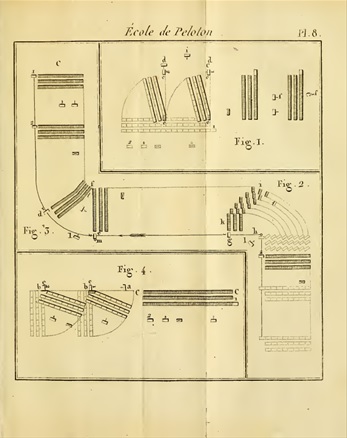 On Saturday 02/21/2015 we have instruction in the “Ecole du Soldat” (second session) and here you have de planning that the Sergeant Instructor has prepared: