This Saturday we participated in the IV Guerrilla ambush in Hontoria del Pinar, in the photo album of Hontoria in facebook (Photo by Raul Penaranda), you can find some of the photos in this post and many more.

The saturday early in the morning, the company came to Hontoria and start to set up camp next to the church. 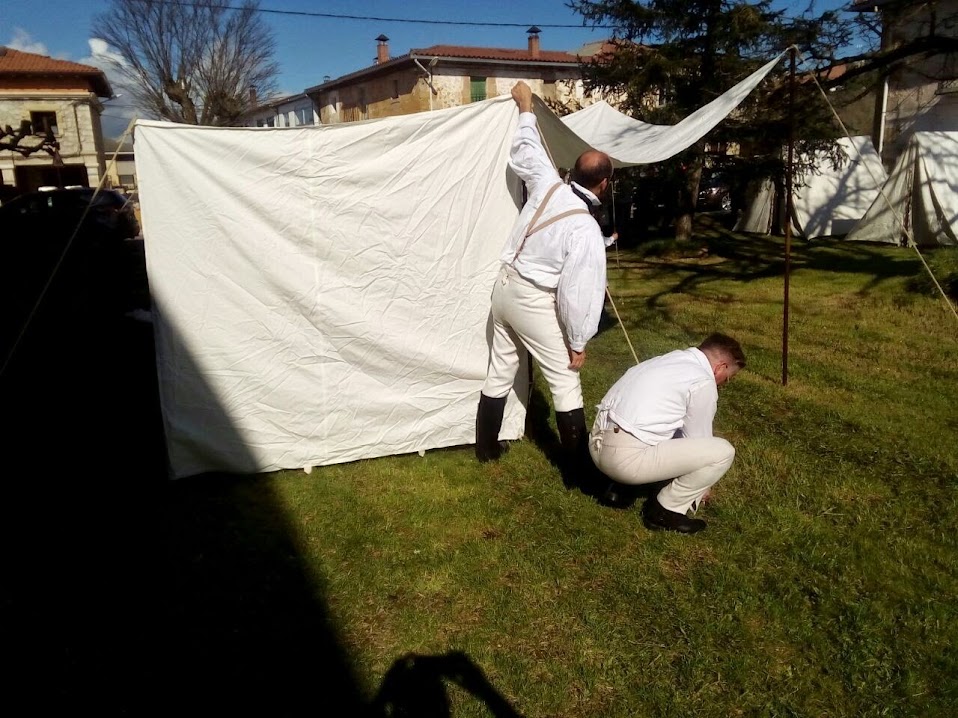 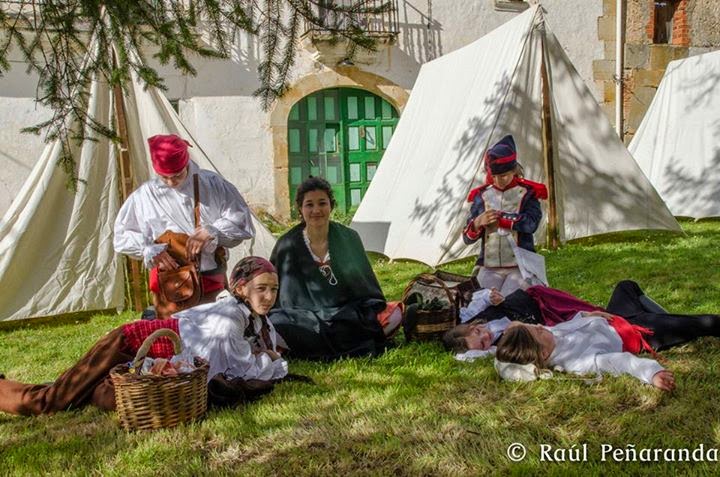 At 12:00, we conducted a few rounds for the people reading a proclamation, warning people that had to pay the taxes required to collaborate with the maintenance of the troops of his Majesty Jose I. All we got were bad faces and many insults. 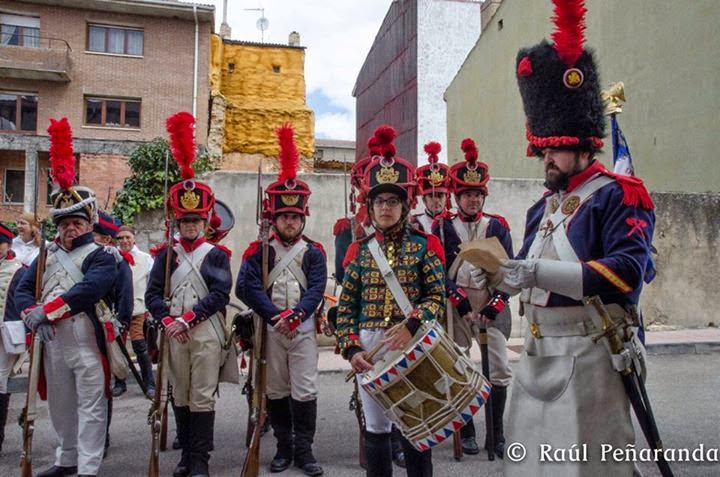 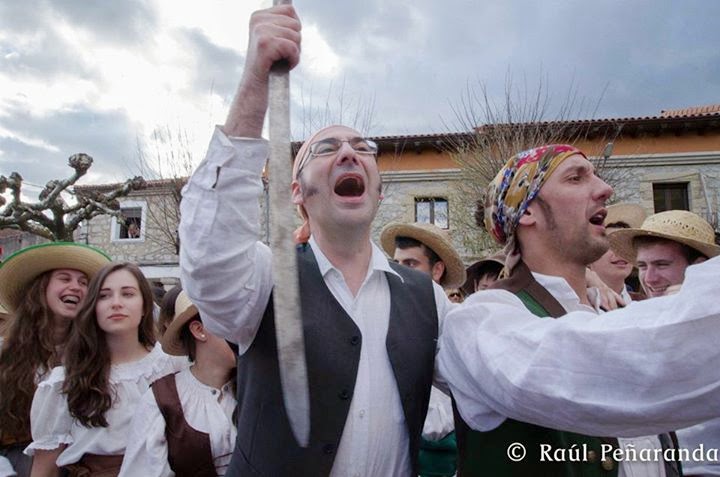 During the meal all remains calm, with the arrival of the rest of the company and the refusal of people to collaborate, The Commander decided to take action and use all the resources at his disposal to raise taxes. The first step was to go to City Hall, arrest the mayor and placed the French flag on her balcony. 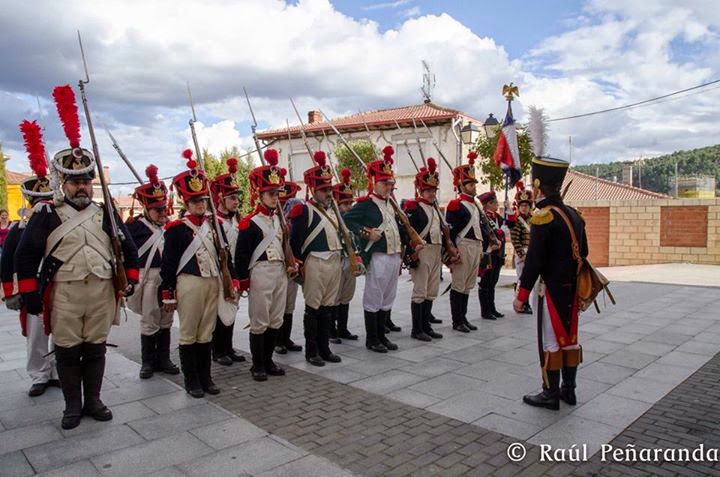 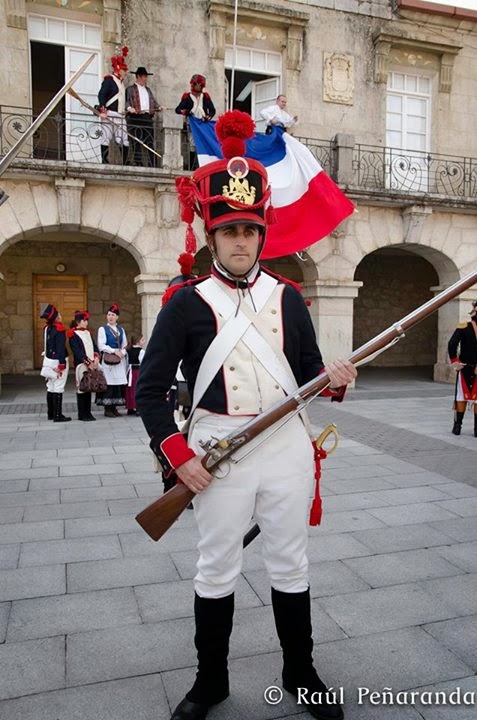 After we entered in several houses to find the money and supplies that people said not have, in  some cases had to use the force to reduce home owners who resisted, although we found what we had come for.

On the street people began to form groups and tension increase, generalizing the struggles, insults and threats. The next stop was in the church where the priest was took prisoner. He encourage   the young men of the village to take up arms and join the guerrilla of the Cura Merino. The confrontation with the population arrived at its peak and the Commander ordered to shot the priest and several of the most exalted, for treason and inciting to riot. 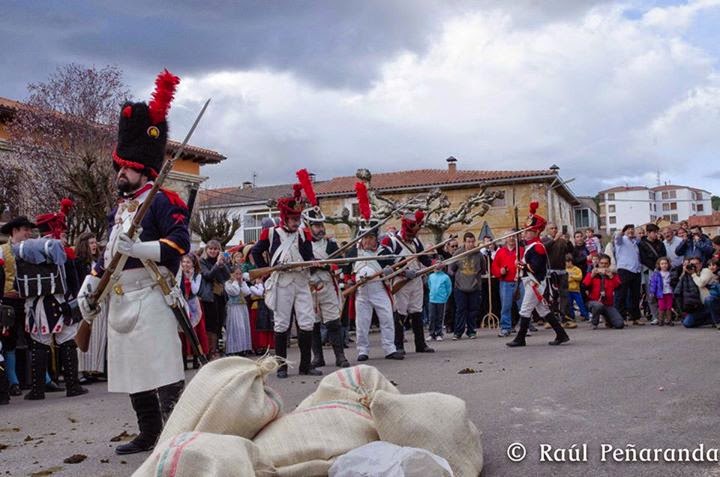 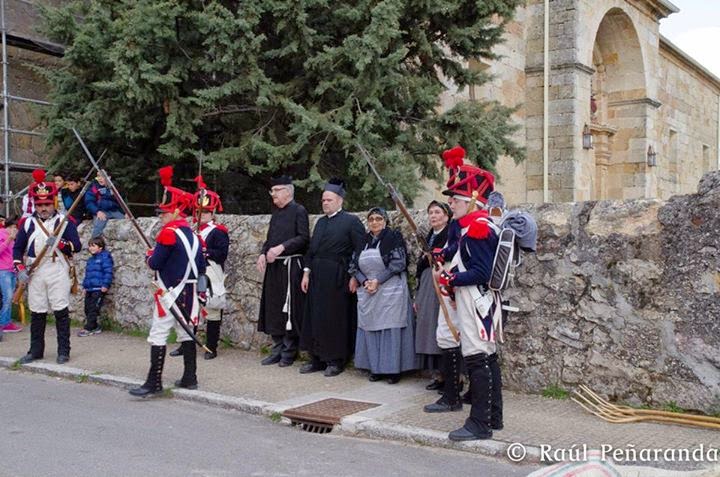 The crowd dispersed and suspiciously many young men of the village went to the nearby hills. We collected the supplies and headed to a hermitage on the outskirts of the village. 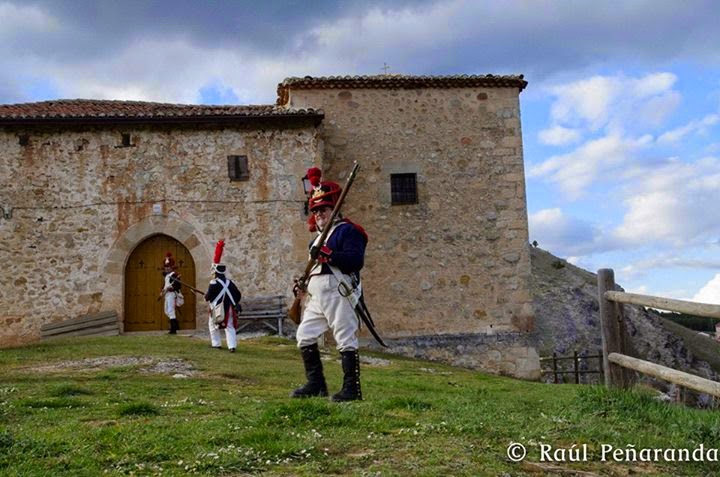 We raised more taxes and retired through the old Roman bridge, way back to the barracks. 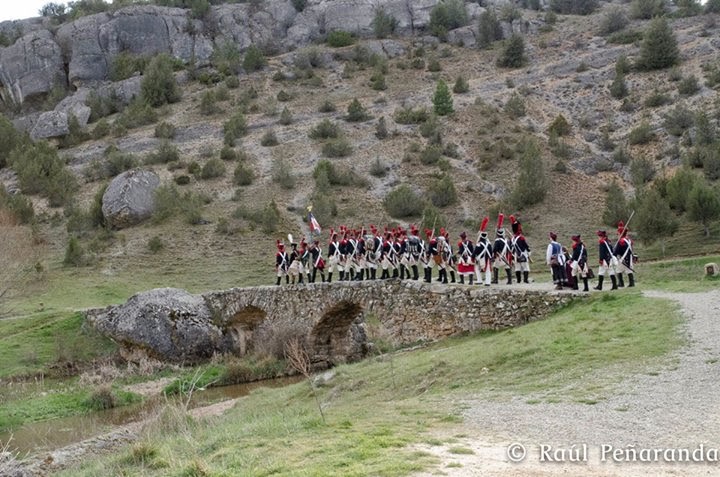 On leading to the plain across the river, appeared several guerrilla riders. Two of them went with a white flag to parley. One was the Cura Merino himself , who urged us to surrender, Commander “politely” send him to hell and when guerrillas withdrew, we look for a defensive position and await the inminet attack.

This was not long in coming, the guerrilla start fairing from both sides of the valley, cavalry  started to surround our position. 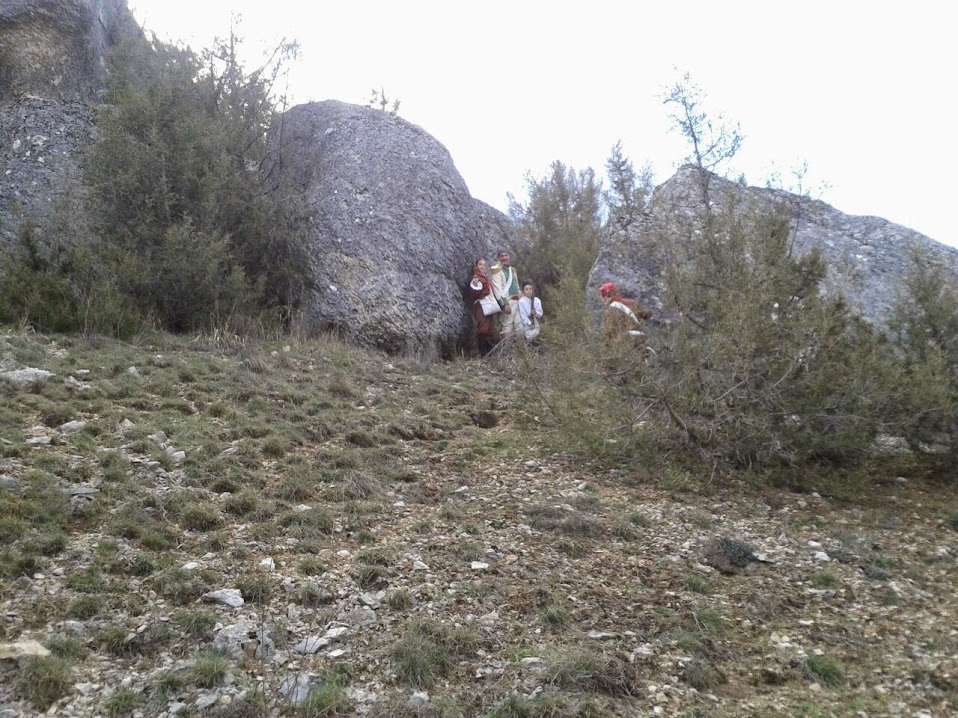 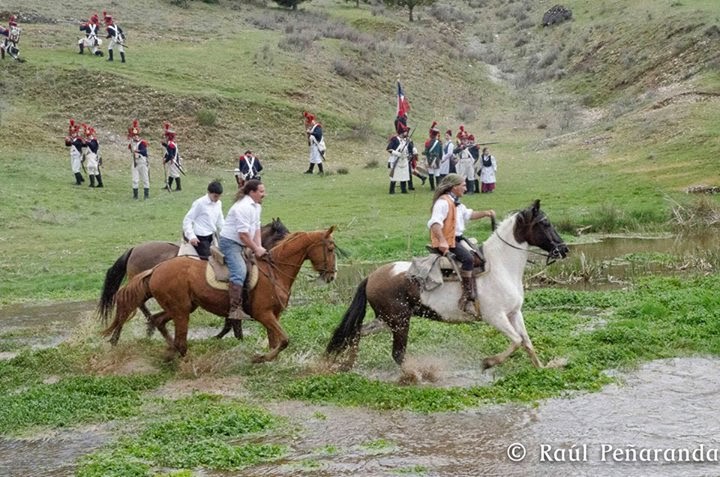 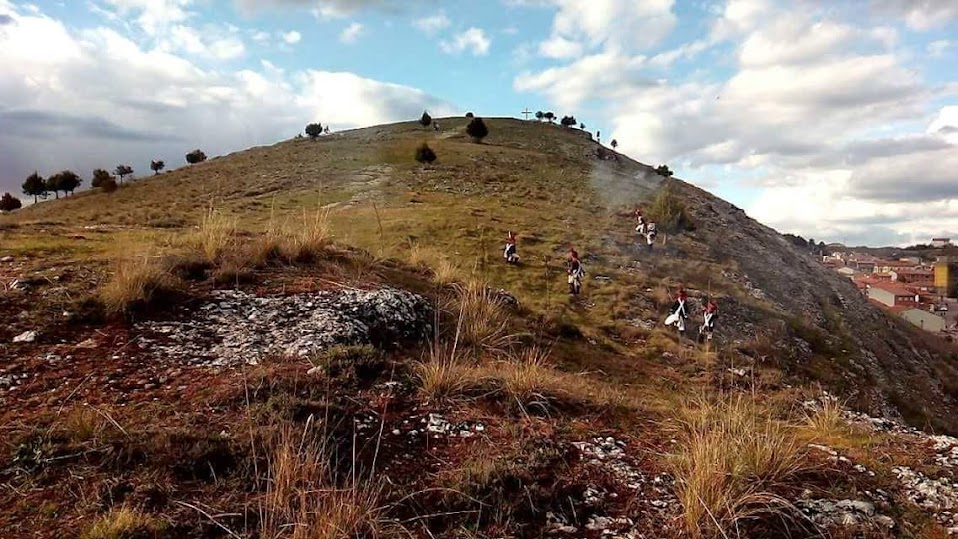 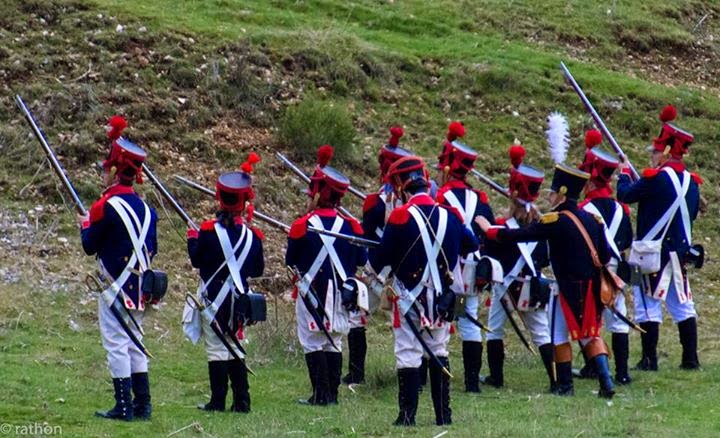 We split into two lines, one on each side of the valley with a reserve near to the flag and try to contain the guerrillas. The casualties on both sides began to increase, the volume of fire began to descend unable to cover the gaps in the line produced by the losses. 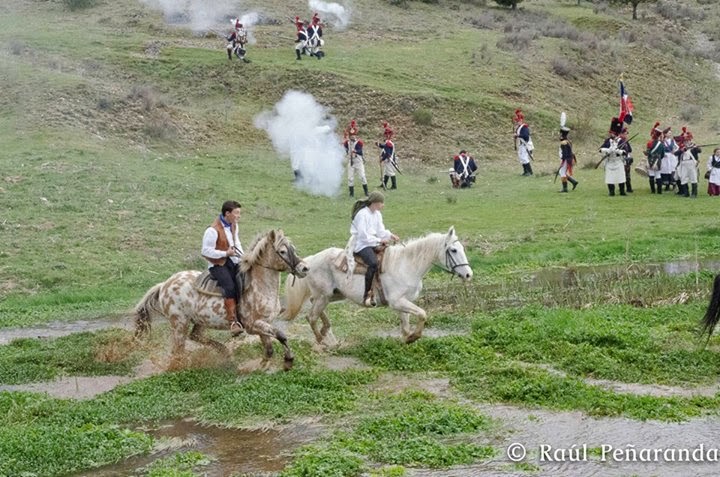 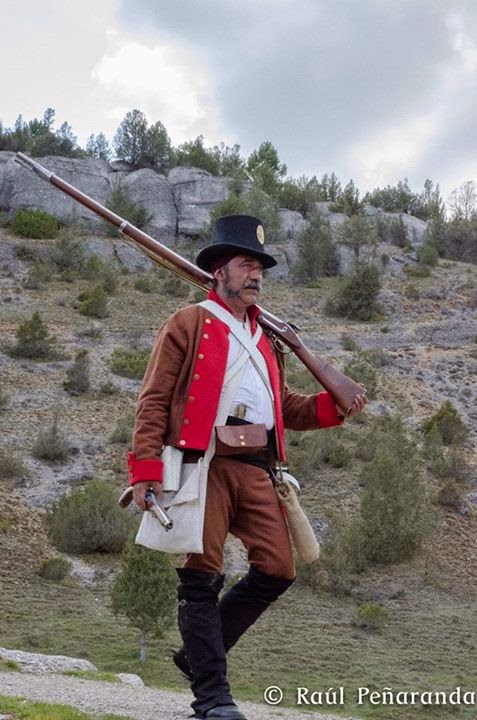 The townspeople perceive this descense in the fire line, is emboldened then and an angry mass crossed the bridge and armed by sticks and stones attack us. The remains of the company formed near the flag to oppose a last stand. The field remained strewn with the brave people of Hontoria, but eventually came to our line, the cavalry closed the siege, our fate was sealed, to our shame, the eagle of the regiment was captured and several of us were taken prisoner . 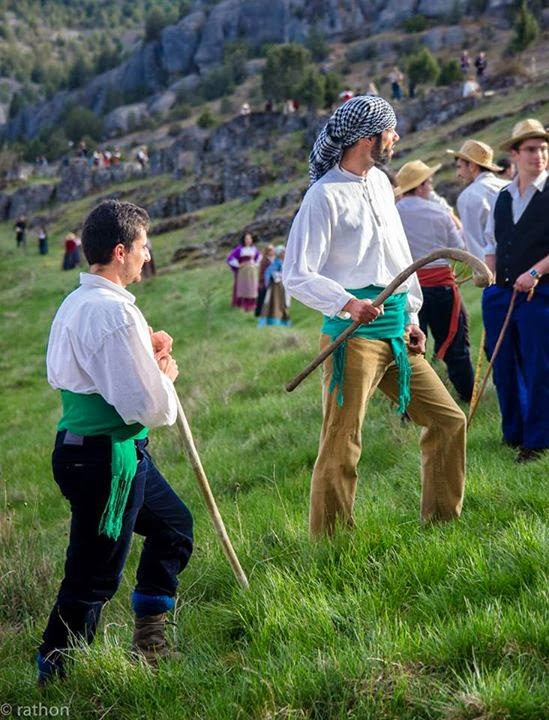 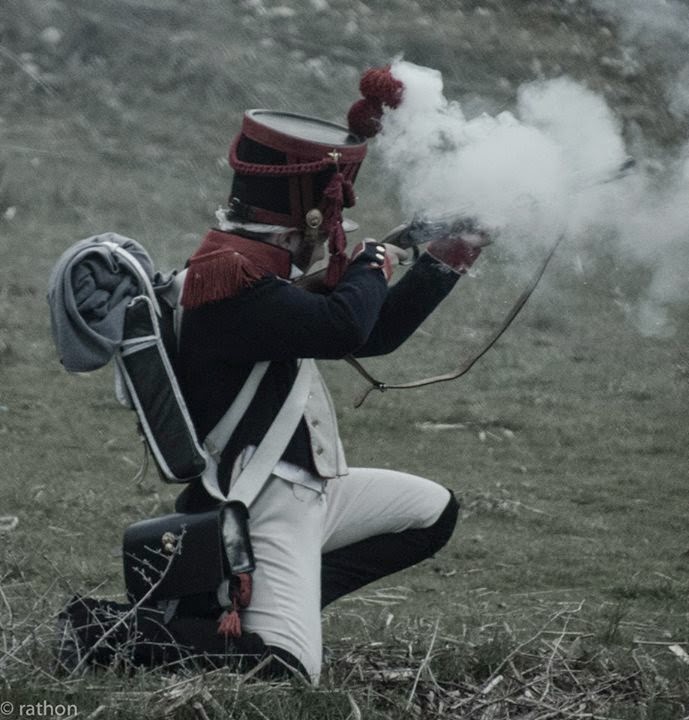 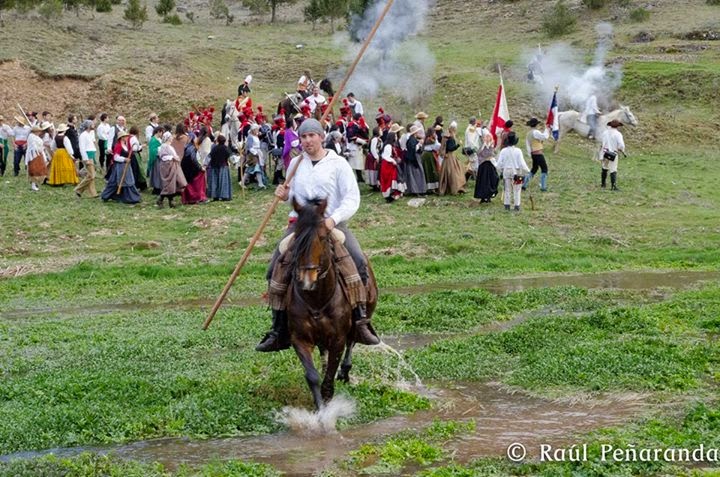 We were driven back to town, despite having been defeated yet were against resistance, one of our grenadiers had to be escorted by up to six girls of the village to contain him, in the town hall square we saw drop the Imperial flag from the balcony and put in his place the flag with the cross of St. Andrew. Everyone faced the inevitable fate that awaited us as best he could, so we all ended with the sound of gunfire from the firing squad, for the people the party started. 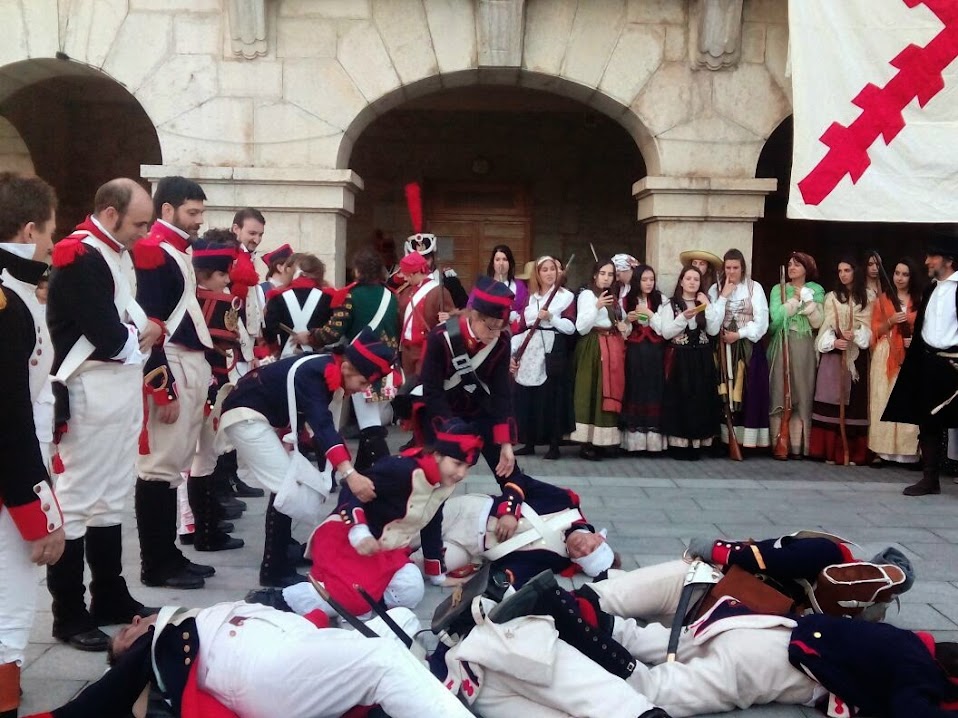 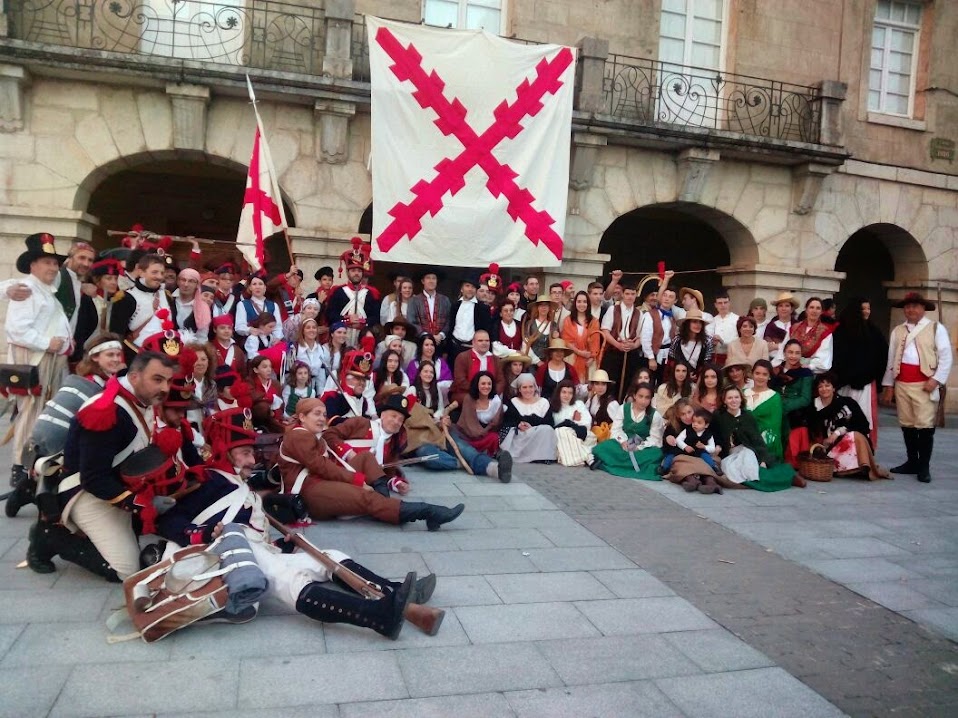 Great experience in a spectacular place and with all the people of the town delivered in recreation. Surely it must be repeated.