Thid saturday is celebrated in the White Night Burgos, with lots of activities and events, including the recreation of the defense of the castle by the 34th Line in 1812. Here you can find the program.

In the summer of 1812 the Allies defeated the French at the Battle of Salamanca, forcing Joseph Bonaparte to withdraw from the southern part of the peninsula. 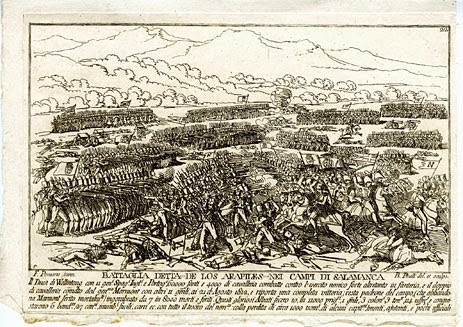 The September 1, 1812 Wellington left Madrid with seven divisions of the allied army to face the French army of Portugal now under command of general Claussel, (replacing Marmont after the defeat of Arapiles). Wellington leave three divisions at key points to protect his supply line of potential movements of the French armies of the Center and Levante. On 14 September, the Spanish army of Galicia, under command of General Castaños (15,000 men) joined the Anglo-Portuguese army. Wellington attempt to cut off the retreat of the French who were in Valladolid.

Meanwhile Claussel left Valladolid on September 7, retiring to Burgos. Where he arrived on September 17 and the next day withdrew to Briviesca to wair for reinforcements from the army of the North. In Burgos remained just a garrison in the castle of Burgos under General Dubreton, governor of the place. The garrison consisted of about 2,000 soldiers, 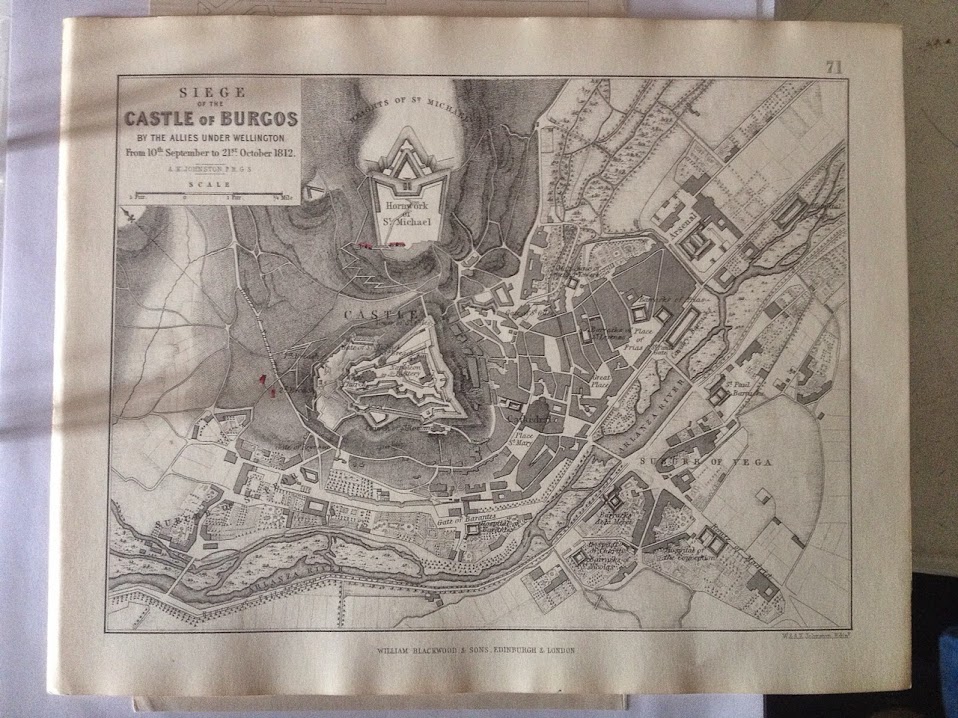 In 1808 at the arrival of the French, the castle is in ruins, but its position is ideal for covering the bridges over the Arlanza river and the roads that cross the city. By express order of Napoleon, they were reinforced and improved the castle defenses, building new fortifications were also screened. At 250 meters from the castle, it is located in San Miguel hill overlooking the castle, in her a hornabeque was ordered to build and several small reducts. In 1812 the defenses had improved, but the hornabeque of San Miguel was not finished.

Here you can find a very interesting link of the mapping of the castle.

More links with photos of the current state of the castle.

The allies, arrived to Burgos the same day 18. Wellington besieged the castle with two infantry divisions (the 1st and 6th) and 3  cannon of 18 lb and 5 howitzers of 24lb (quite insufficient for the task) while other troops went Monastery, to control Claussel troops.

That night 1ªDiv British troops attacked and seized the outer reducts of hornabeque. French counterattacked but were repulsed. Then the Portuguese from the Pack brigade and the Scots of the 42nd stormed the hornabeque, but failed because the stairs were short, so they withdrew with heavy casualties. 2 light companies managed to overcome the palisades attacking from the rear of hornabeque (still unfinished). French facing the risk of being surrounded retreated into the castle. The English in one night, had taken hornabeque with 7 artillery pieces and caused 140 casualties, in exchange for 400 own casualties. 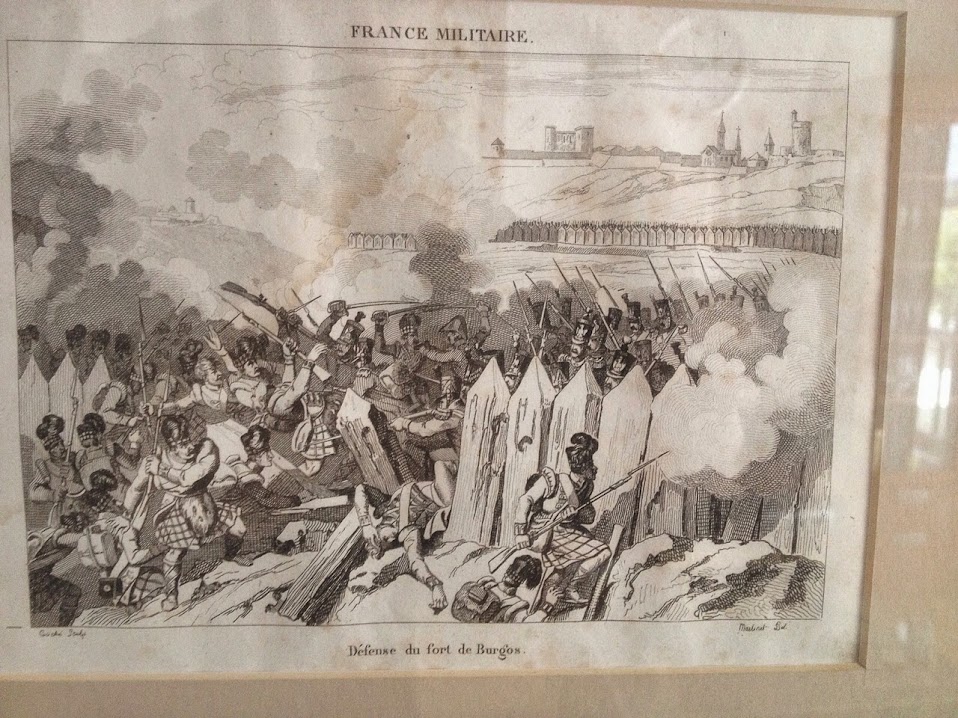 French artillery beats the works in the hornabeque, slowing the work of undermining and causing many casualties. The Allies had no trained sappers and the work was done by volunteers from the infantry drawn this to the work progresasen slowly.

The work of the first British battery on the hill of San Miguel, with two guns and three howitzers are completed. Encouraged by the success of the previous assault, Wellington, decided to launch a new assault without waiting for the new battery could open a gap. This assault would leave the suburb of San Pedro, 400 volunteers of the 1st Div. 5 scales (this time longer) also he staged a diversionary attack by 150 Portuguese from the 6th Div. But the assault failed with 40% of casualties, including the commanding officer. 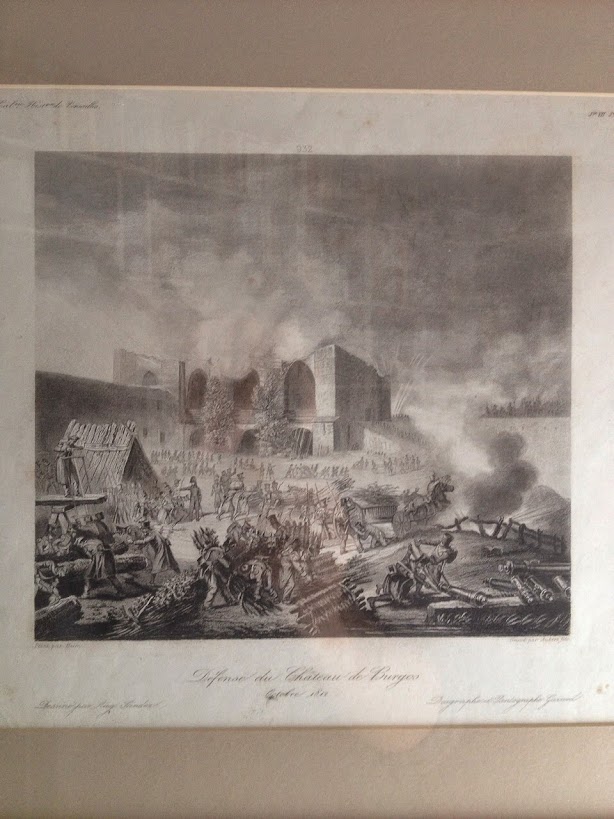 After the failure of the previous day, he turned to the work of siege, beating the walls with artillery and beginning the work of mine. He also began digging approaches from the suburb of San Pedro to the first wall of the castle. The works are seen from the castle and Dubreton redeploys his artillery to avoid losing them in the mine explosion. In addition commands to construct barricades behind the wall and serve to hinder the passage of second line of defense.

The first battery fired without stopping, although the results are quite disappointing.The remaining work of undermining continue.

The mine reaches the foundations of the first wall. Was blowed  early in the morning, destroying part of the wall but not the posterior slope. A column of 300 men assaulted the gap 1ªDiv, only 5 get climb it, the assault failed.

The building a second mine starts from the suburb of San Pedro and the construction of the third battery for three guns, in that area just 60 meters from the wall.

The French beat the fourth battery, suffering the same fate as its predecessor, in the end the guns were moved to the first and second batteries.

The second mine is ready to explode. Several field guns deployed around the castle to increase pressure. The shots of the first battery  have widened the gap created by the first mine, to 18m. The second mine explosion opens a second gap of 30m, causing many casualties among the defenders, who had not located the work of this mine. A full battalion of the 24th assault on the two gaps, forcing the defenders to retreat after the second wall. British immediately cleared the two gaps and work began toward the second wall, under continuous fire from the defenders.

Our comrade Zamanillo has made this magnificent diorama of the moment of the assault on the two gaps, every Saturday you approach the castle of Burgos will be able to see and attend Diego Peña talk will explain the details of this action.

In the afternoon, Dubreton  orders attack,  two companies and a detachment of sappers (200 men), surprised the British, causing heavy casualties and destroying equipment and work in the gaps. At night they retired to the second wall.

Jobs are taken up in the gaps, the second battery ensures opening a new gap in the north wall.

Another french attack, this time with 3 companies of grenadiers and a detachment of sappers (400 men), attacking at dawn the same place as last time. They surprise the Kings German Legion (KGL), but the Portuguese from the Pack brigade. Again the work done in the two gaps are destroyed.

Work resumes in the gaps, the 17 another mine finishes this time in the church of San Roman. Preparations for a major assault are made.

At dawn the guns of the second battery No.2 managed to open further north breach in the outer wall. At 16:30 explode the mine located at the Church of San Roman, beginning the general assault. The explosion blew part of the building and the French withdrew into the castle. The Church was raided by troops of the 9th of Caçadores and 1 Reg. De Asturias. But the French had prepared a nasty surprise blew its own mine beneath the debris of the church, causing 200 casualties among the Spanish  and Portuguese soldiers.

At the same time, the British 1st Guards Div stormed  the two gaps in the first wall, leading to take the parapet, but the French reserves counter forced them to retreat. In the northern breach the KGL managed to take the gap and tried to connect with British troops assaulted the other two gaps, but eventually also had to retire.

Although the troops had fought with great courage, the assault was repulsed costing some 500 casualties on the British for 80 the French. Allied morale was at rock bottom.

Wellington prepares the withdrawal and slowly begin to withdraw troops from the siege.

Wellington gave the final order of retreat. All useful guns were recovered and destroyed everything they could not carry. The San Miguel hornabeque blew, but with little success.

A reconnaissance patrol leaves the castle and confirm the withdrawal of the enemy. That same day  troops of Claussel  army entered Burgos, relieving the castle garrison. 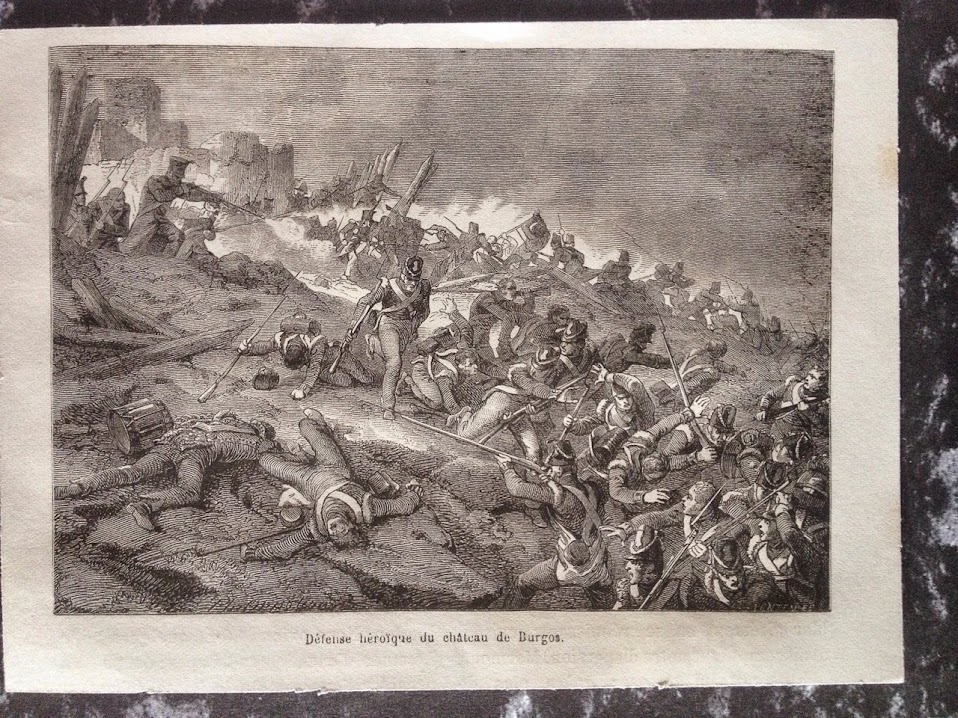 The siege lasted 35 days, during which the French suffered 623 casualties (killed, wounded, prisoners and missing) and allied 2064. The shortage of British heavy artillery sharply and the lack of a body sappers trained, limited options during the siege,. It is estimated that the construction of the first mine gallery (18 meters long) cost twice as long (108 hours) than stipulated for a company of sappers. Meanwhile Dubreton was able to react to every movement of Wellington, and conterattack when was possible.