Last weekend was the III Reenactment of the sieges of Saragossa, which we went with an artillery piece, five gunners and 7 grenadiers.

At the end you will find, the links to the pages where there are this pictures and many more.

The Saturday morning and afternoon we were in the camp doing a little instruction and addressing questions from the people who came to the “plaza de los sitios”. The camp was beautifully represented with his sentries, tends and lots of accessories who transport the visitors to 1808. There was even a reproduction of a barricade where people could take pictures. 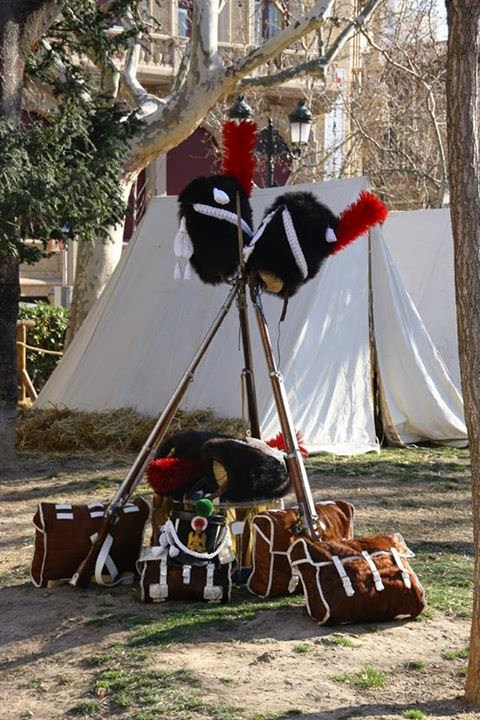 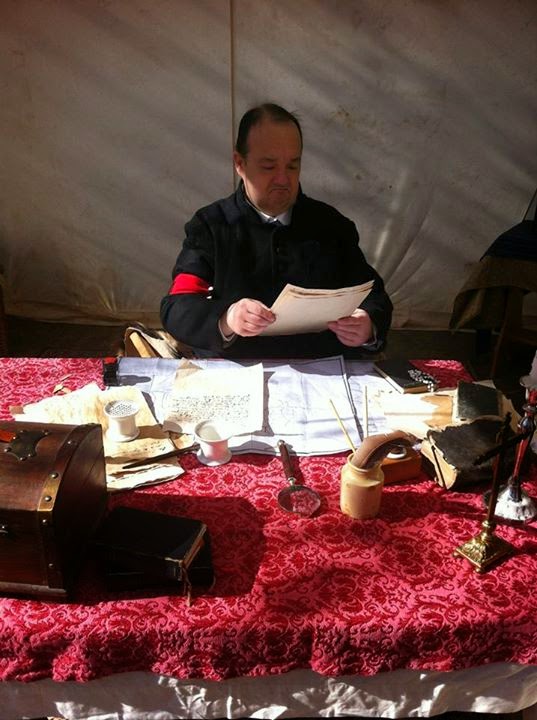 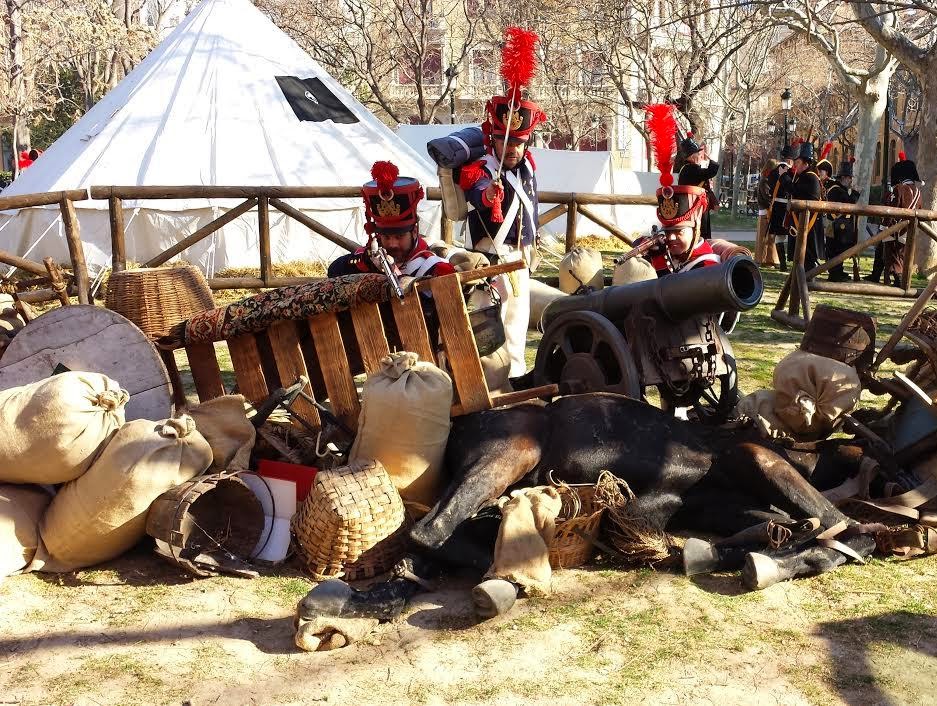 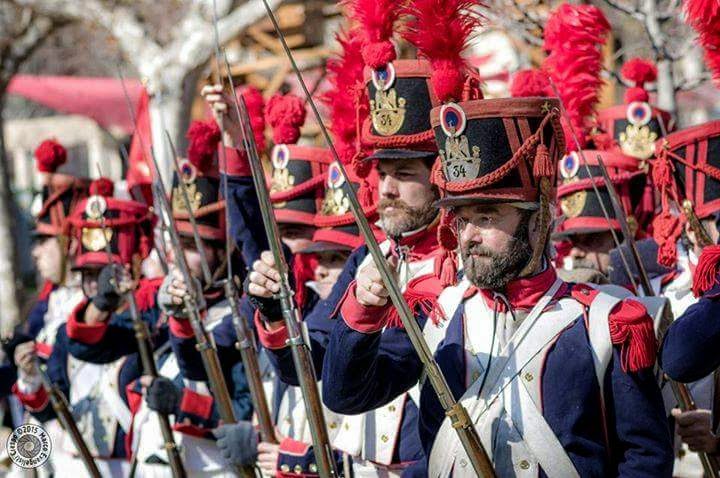 Late in the morning, started the parade through the streets of Saragossa, in the Plaza of Spain was held a tribute to the fallen in battle. The parade continued up to the Plaza del Pilar where the mayor of the city, reviewed the different groups of reenactors and the flags of the countries that fought in the battle (Spain, France and Poland) were raised. 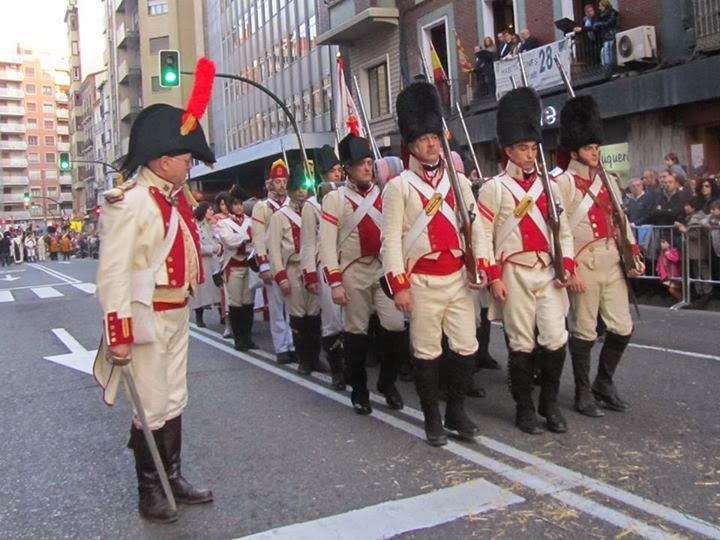 After lunch and some rest, we prepare for the incoming battle. At 18:00 we headed to the Coso street where the battle begin. The Spanish troops had erected barricades along the street, with carts, boxes and everything they could find. 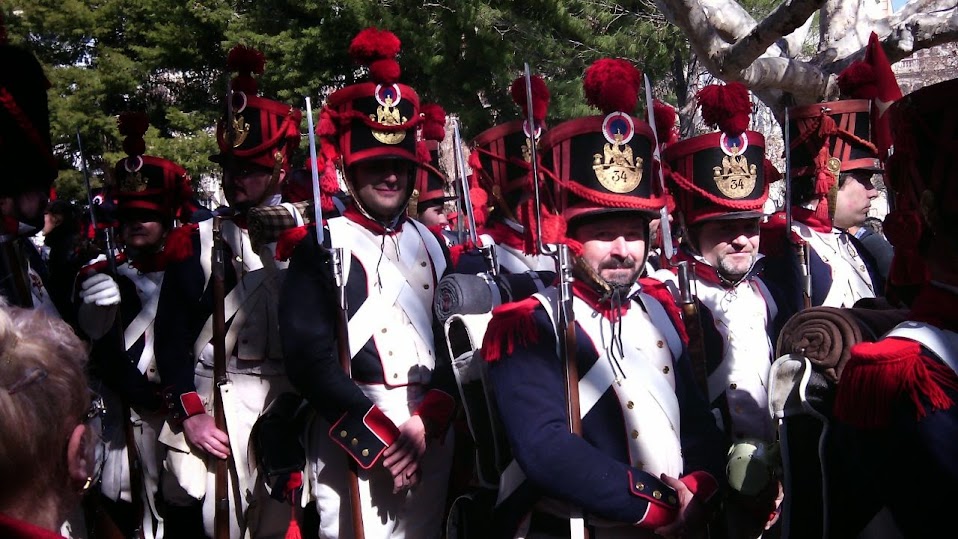 The street was narrow and rotation on the front was complicated, having to maneuver constantly to left space for fresh troops. We had some case of friendly fire

When the resistance hardened, artillery softening the position, which was then attacked by infantry. Gradually we were taking all the barricades wiht great loses. In the end with all the forces in the Plaza del Pilar, the capitulation of the city took place.

On Sunday morning the French troops went to the castle of the Aljaferia, the last stronghold of resistance. The Spanish troops entrenched in the castle, after months of resistance, short of ammunition and food, they faced the last assault of French troops. Unfortunately this brave grenadier could not participate in the assault, so they took so long to overcome the resistance of the defenders. 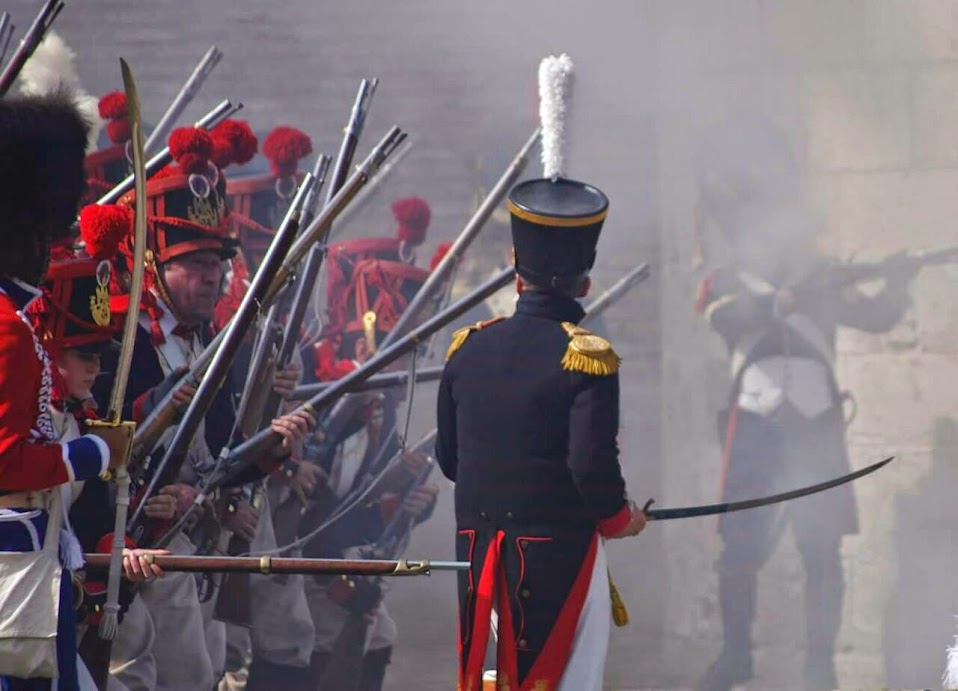 After a hard resistance the castle capitulates and Spanish troops leave the castle with honors.